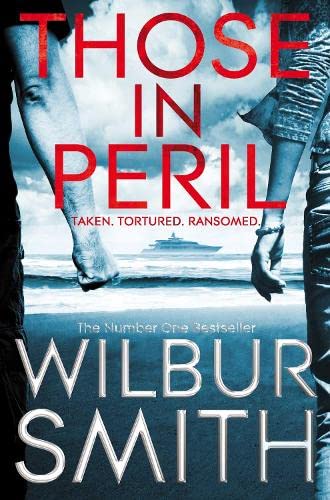 Another outstanding adventure from one of the world's best loved storytellers

Those in Peril is the first in the gripping Hector Cross Novels, from Wilbur Smith, the author of When the Lion Feeds.

Hazel Bannock is the owner of the Bannock Oil Corp, one of the major global oil producers. While cruising in the Indian Ocean, her yacht is hijacked by Somalian pirates and her nineteen year old daughter Cayla kidnapped.

Major Hector Cross is an ex-SAS operative and the man behind Cross Bow Security, the company contracted to Bannock Oil to provide all their security. His loyalty to the Bannock family goes beyond the call of duty.

The pirates demand a crippling ransom for Cayla's release, and complicated political and diplomatic sensitivities render the major powers incapable of intervening.

With growing evidence of the horrific torture to which Cayla is being subjected, Hazel calls on Hector to help her rescue her daughter. Between them, Hazel and Hector are determined to take the law into their own hands.

Wilbur Smith was born in Central Africa in 1933. He was educated at Michaelhouse and Rhodes University. He became a full-time writer in 1964 after the successful publication of When the Lion Feeds, and has since written over thirty novels, all meticulously researched on his numerous expeditions worldwide. His other titles include the successful The Courtneys and The Ballantynes series, and Vicious Circle, which also features security operative Hector Cross. His books are now translated into twenty-six languages.
GOR003642148
9780330452502
0330452509
Those In Peril by Wilbur Smith
Wilbur Smith
Hector Cross
Used - Very Good
Paperback
Pan Macmillan
2012-02-23
432
N/A
Book picture is for illustrative purposes only, actual binding, cover or edition may vary.
This is a used book - there is no escaping the fact it has been read by someone else and it will show signs of wear and previous use. Overall we expect it to be in very good condition, but if you are not entirely satisfied please get in touch with us
Trustpilot