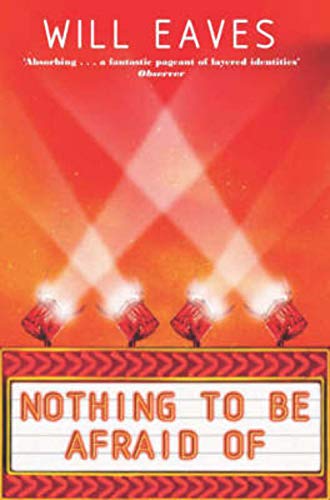 Nothing To Be Afraid Of
by Will Eaves

In Stock
£2.69
The story of two sisters, their lives and loves, their ups, downs and sibling rivalry, from the author of The Oversight
Very Good Good
Only 4 left

Nothing To Be Afraid Of Summary

Nothing To Be Afraid Of by Will Eaves

An earthquake strikes at the heart of London, its epicenter a theatre where a lavish production of The Tempest has just opened. Thus the scene is set for Will Eaves's gloriously deft tragicomedy of our time. Nothing To Be Afraid Of is both a lament for hope abandoned and innocence betrayed, and an exquisite comic pageant of Shakespearian vitality and compassion: an incidental theatrical history, across the twentieth century, of the art of pretence; of patience, trust and loyalty; of folly in youth and unforgivable old age.

`Tender, playful and full of beautifully observed descriptions of growing up and growing old . . . with some terrific comic set-pieces the equal of anything in Waugh and Wodehouse. Now that's good writing' Daily Telegraph

`In the case of his novel, Eaves has nothing to be afraid of. This deft, absorbing book more than confirms the promise of The Oversight. Eaves is a master of the dark arts of city fiction. He is to be read, relished and watched very closely' Independent

`Nothing To Be Afraid Of provides several coups de theatre . . . [it] is a tragicomic tale of secrets, a drowned daughter, infidelity and mistaken identity . . . It is so clever, so apt, so right that you have no option but to read the novel with its built-in encore all over again. It seems even better the second time round' Sunday Telegraph

Will Eaves was born in Bath in 1967 and lives in London. The Oversight (2001) was shortlisted for the Whitbread Best First Novel Award. He is the Arts Editor of the Times Literary Supplement.

GOR003562771
Nothing To Be Afraid Of by Will Eaves
Will Eaves
Used - Very Good
Paperback
Pan Macmillan
2006-05-05
336
0330418750
9780330418751
N/A
Book picture is for illustrative purposes only, actual binding, cover or edition may vary.
This is a used book - there is no escaping the fact it has been read by someone else and it will show signs of wear and previous use. Overall we expect it to be in very good condition, but if you are not entirely satisfied please get in touch with us.