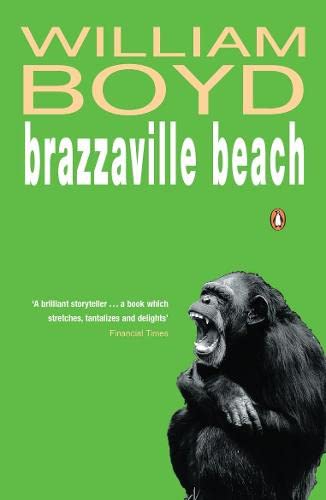 In Stock
£4.49
Examines the complex circumstances that brought the author to Brazzaville Beach, on the edge of Africa. This book sifts the details for evidence of her own innocence or guilt, and tells her story.
Like New Very Good
Only 2 left

`A most extraordinary parable about mankind ... quite unlike anything else I have ever read' Sunday Express.

'I live on Brazzaville Beach ... I am here because two sets of strange and extraordinary events happened to me ... One in England, first, and then one in Africa.'

On Brazzaville Beach, on the edge of Africa, Hope Clearwater examines the complex circumstances that brought her there. Sifting the details for evidence of her own innocence or guilt, she tells her engrossing story with a blunt and beguiling honesty that not only intrigues and disturbs but is also completely enthralling.

William Boyd was born in 1952 in Accra, Ghana and grew up there and in Nigeria. His first novel, A Good Man in Africa (1981), won the Whitbread First Novel Award and the Somerset Maugham Prize. His other novels include An Ice Cream War (1982, shortlisted for the 1982 Booker Prize and winner of the John Llewellyn Rhys Prize), Stars and Bars (1984), The New Confessions (1987), Brazzaville Beach (1990, winner of the McVitie Prize and the James Tait Black Memorial Prize), The Blue Afternoon (1993, winner of the 1993 Sunday Express Book of the Year Award), Armadillo (1998), Any Human Heart (2002, winner of the Prix Jean Monnet) and Restless (2006, winner of the Costa Novel of the Year Award). His latest novel is Sweet Caress (2015). Some seventeen of his screenplays have been filmed, including The Trench (1999), which he also directed, and he is also the author of four collections of short stories: On the Yankee Station (1981), The Destiny of Nathalie 'X' (1995), Fascination (2004) and The Dream Lover (2008). He is married and divides his time between London and South West France.

GOR010488234
Brazzaville Beach by William Boyd
William Boyd
Used - Like New
Paperback
Penguin Books Ltd
1991-10-31
416
014014658X
9780140146585
Winner of McVities Prize for Scottish Writer of the Year 1991 Winner of James Tait Black Memorial Prize (Fiction) 1990
Book picture is for illustrative purposes only, actual binding, cover or edition may vary.
The book has been read, but looks new. The book cover has no visible wear, and the dust jacket is included if applicable. No missing or damaged pages, no tears, possible very minimal creasing, no underlining or highlighting of text, and no writing in the margins.