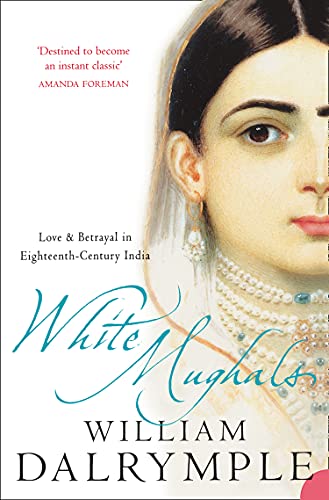 From the author of the Samuel Johnson prize-shortlisted `Return of a King', the romantic and ultimately tragic tale of a passionate love affair that transcended all the cultural, religious and political boundaries of its time.

From the author of the Samuel Johnson prize-shortlisted `Return of a King', the romantic and ultimately tragic tale of a passionate love affair that transcended all the cultural, religious and political boundaries of its time.

James Achilles Kirkpatrick was the British Resident at the court of Hyderabad when he met Khair un-Nissa - `Most Excellent among Women' - the great-niece of the Prime Minister of Hyderabad. He fell in love with her and overcame many obstacles to marry her, converting to Islam and, according to Indian sources, becoming a double-agent working against the East India Company.

It is a remarkable story, but such things were not unknown: from the early sixteenth century to the eve of the Indian Mutiny, the `white Mughals' who wore local dress and adopted Indian ways were a source of embarrassment to successive colonial administrations. Dalrymple unearths such colourful figures as `Hindoo Stuart', who travelled with his own team of Brahmins to maintain his temple of idols, and Sir David Auchterlony, who took all 13 of his Indian wives out for evening promenades, each on the back of her own elephant.

In `White Mughals', William Dalrymple discovers a world almost entirely unexplored by history, and places at its centre a compelling tale of seduction and betrayal.

`William Dalrymple is that rarity, a scholar of history who can really write. This is a brilliant and compulsively readable book' Salman Rushdie

`A bravura display of scholarship, writing and insight. Dalrymple manages the incredible feat of outpointing most historians and most novelists in one go. This is quite simply a stunning achievement' Independent on Sunday

`Enthralling ... brilliant, as exhaustively researched as it is brilliantly written' Mail on Sunday

William Dalrymple's first book, In Xanadu, won the Yorkshire Post Best First Work Award. His second, City of Djinns, won the Thomas Cook Travel Book Award and the Sunday Times Young British Writer of the Year Award. His third, From the Holy Mountain, was shortlisted for the Duff Cooper Prize and the Thomas Cook Award. A collection of his pieces about India, The Age of Kali, was published in 1998.

GOR001140268
White Mughals: Love and Betrayal in 18th-century India by William Dalrymple
William Dalrymple
Used - Very Good
Paperback
HarperCollins Publishers
2003-04-07
640
0006550967
9780006550969
Winner of Scottish Arts Council Book of the Year Award 2003 Short-listed for PEN Hessell-Tiltman Prize for History 2003
Book picture is for illustrative purposes only, actual binding, cover or edition may vary.
This is a used book - there is no escaping the fact it has been read by someone else and it will show signs of wear and previous use. Overall we expect it to be in very good condition, but if you are not entirely satisfied please get in touch with us.