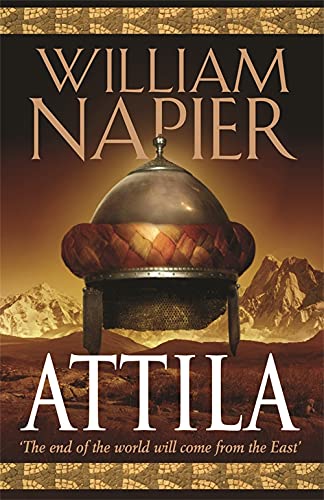 A stunning historical novel - the first in an epic trilogy about the rise and fall of one of history's greatest villains.

Attila: The Scourge of God by William Napier

A stunning historical novel - the first in an epic trilogy about the rise and fall of one of history's greatest villains.

The dawn of the fifth century AD, and the Roman Empire totters on the edge of the abyss. Already divided into two, the Imperium is looking dangerously vulnerable to her European rivals. The huge barbarian tribes of the Vandals and Visigoths sense that their time is upon them.

But, unbeknown to all of these great players, a new power is rising in the East. A strange nation of primitive horse warriors has been striking terror upon border peoples for fifty years. But few realise what is about to happen. For these so called 'Huns' now have a new leader. His name is Attila - 'the Scourge of God'.

Thus begins a saga of warfare, lust and power which brings the whole of the Christian world to its knees - and ends in blood on the fields of France. It is a story of two men: Attila the Hun and Aetius the Roman. One who wanted to destroy the world, and one who fought one final battle to save it...