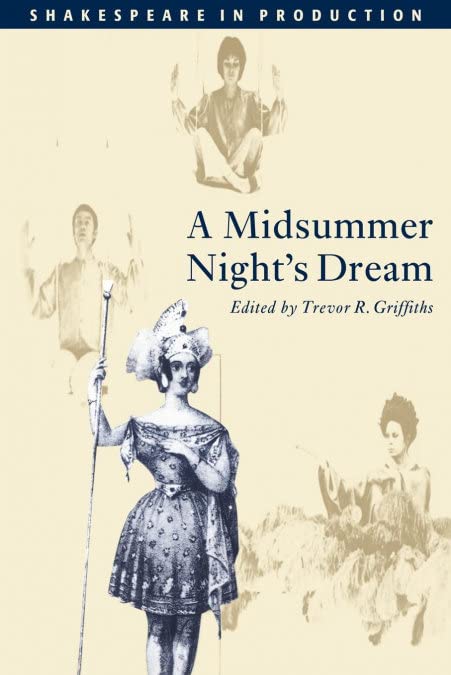 Out of Stock
The theatrical history of A Midsummer Night's Dream, from the 1590s to the 1990s, forms the introduction to the text of the play and detailed, line-by-line commentary on the interpretations of different directors, actors and designers.
Very Good
Only 0 left

This is a detailed account of the theatrical fortunes of A Midsummer Night's Dream on the British stage, from the 1590s to the 1990s. The substantial, illustrated introduction traces the rise of the play from theatrical neglect in the eighteenth century through the spectacular productions of the nineteenth century to its current high status. The authoritative New Cambridge Shakespeare text of the play is accompanied by notes on actors' interpretations, settings and textual alterations. The author considers the cultural changes which have affected the play's popularity as well as the conceptions of individual directors from David Garrick and George Colman, via Madame Vestris and Beerbohm Tree, Granville Barker and W. Bridges Adams to Peter Brook, Robert Lepage and Adrian Noble. The book shows theatre history as cultural history. It will be invaluable to students of Shakespeare in performance at graduate level, working in departments of English or drama/theatre and to those intrigued by the changing reputation of Shakespeare.

'Cambridge has come up with an excellent new series, Shakespeare in Production, which is going to be invaluable to anybody studying, acting, or producing his plays.' Plays and Players Applause Magazine
'Shakespeare in Production ... is ... ideally suited to people like me: people as interested in the stage history of a Shakespearean play as in its text. What distinguishes these editions, and makes them of particular interest to drama and theatre departments, is their unique concentration on theatrical production.' Studies in Theatre Production
' A complete success ... the secret lies in its copious annotation, which is entirely confined to matters of theatre history, stage-business, and actor-interpretation. The quantity and quality and fine detail of the information that Griffiths supplies is truly remarkable, as is his excellent and extensive introductory essay.' Forum for Modern Language Studies
'I cannot recommend too highly the whole series (a bargain at GBP16.99 for each play) to all theatre lovers, theatregoers, theatre practitioners, and anybody who enjoys Shakespeare.' Robert Tanitch, What's on in London
"...the variora of performative choices recorded in his lucid annotation provide a useful resource for teachers and students of the play. Highly recommended for all academic collections." Choice

GOR004722155
A Midsummer Night's Dream by William Shakespeare
William Shakespeare
Shakespeare in Production
Used - Very Good
Paperback
Cambridge University Press
1996-09-13
252
0521575656
9780521575652
N/A
Book picture is for illustrative purposes only, actual binding, cover or edition may vary.
This is a used book - there is no escaping the fact it has been read by someone else and it will show signs of wear and previous use. Overall we expect it to be in very good condition, but if you are not entirely satisfied please get in touch with us.