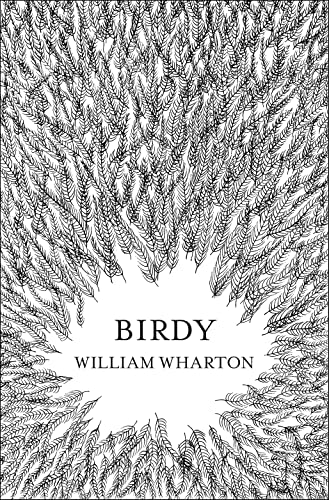 An extraordinary story of war and friendship from one of America's most revered authors of the 20th Century.

An extraordinary story of war and friendship from one of America's most revered authors of the 20th Century.

A few years later these young men find themselves emotionally and physically scarred by Word War Two. Al is called to an army psychiatric hospital to help the doctors there treat his friend, who he finds squatting on the floor of his cell and acting like a bird.

This haunting and brilliant novel has electrified readers the world over. It has truly become a modern classic.

In 1984, Birdy was turned into an award-winning movie directed by Alan Parker and starring Nicholas Cage and Matthew Modine.

`Will become a classic' PATRICK WHITE

`It is as good as Ken Kesey's One Flew Over the Cuckoo's Nest... and perhaps it is better' GUARDIAN

William Wharton was born in Philadelphia, Pennsylvania in 1925. During the Second World War, Wharton served in the US army, until an injury led to his discharge. In 1978, Wharton's first novel, `Birdy', was published to critical acclaim. Before his death in 2008, Wharton penned 8 further novels, and 3 memoirs. The most recent memoir, `Shrapnel', was published for the first time in English in 2012.

GOR004418227
Birdy by William Wharton
William Wharton
Used - Very Good
Paperback
HarperCollins Publishers
2012-08-02
300
0007457987
9780007457984
N/A
Book picture is for illustrative purposes only, actual binding, cover or edition may vary.
This is a used book - there is no escaping the fact it has been read by someone else and it will show signs of wear and previous use. Overall we expect it to be in very good condition, but if you are not entirely satisfied please get in touch with us.