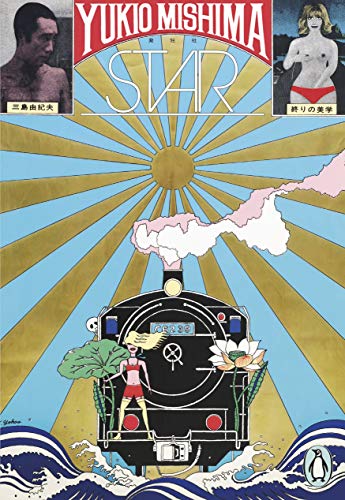 All eyes are upon Rikio. And he likes it, mostly. His fans cheer from a roped-off section, screaming and yelling to attract his attention. They would kill for a moment alone with him. Finally the director sets up the shot, the camera begins to roll, someone yells "action"; Rikio, for a moment, transforms into another being, a hardened young yakuza, but as soon as the shot is finished, he slumps back into his own anxieties and obsessions.

Written shortly after Yukio Mishima himself had acted in the film Afraid to Die, this novella is a rich and unflinching psychological portrait of a celebrity coming apart at the seams as the absurdity of his existence comes sharply into focus. With exquisite, vivid prose, Star begs the question: is there ever any escape from how we are seen by others?

A stunning addition to the oeuvre of one of postwar Japan's greatest storytellers * Wall Street Journal *
Mishima's novels exude a monstrous and compulsive weirdness, and seem to take place in a kind of purgatory for the depraved -- Angela Carter
Mishima was one of literature's great romantics, a tragedian with a heroic sensibility, an intellectual, an esthete, a man steeped in Western letters who toward the end of his life became a militant Japanese nationalist * New York Times *
Mishima is the Japanese Hemingway * Life Magazine *
A writer of immense energy and ability * Time Out *
A startlingly modern, hypervisual jewel; it could be a really interesting movie. It was mesmerizing, seeming to fall in my hands from an alternative sky. -- Patti Smith

Yukio Mishima was born in 1925 in Tokyo, and is considered one of the Japan's most important writers. His books broke social boundaries and taboos at a time when Japan found itself in a state of rapid social change. His interests, besides writing, included body-building, acting and practising as a Samurai. In 1970 he attempted to start a military coup, which failed. Upon realizing this, Mishima performed seppuku, a ritual suicide, upon himself. He was nominated for the Nobel Prize for literature three times.