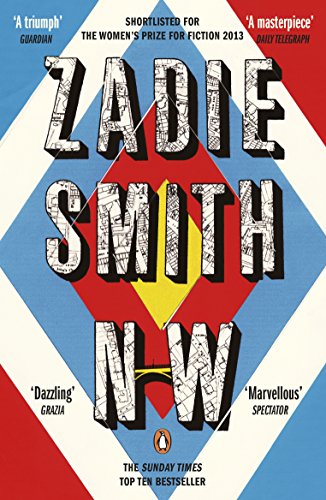 In Stock
£4.49
From private houses to public parks, at work and at play, their city is brutal, beautiful and complicated. Yet after a chance encounter they each find that the choices they've made, the people they once were and are now, can suddenly, rapidly unravel. With a portrait of modern urban life, this book is about London Life.
Very Good Good Well Read
83 in stock

From the MAN BOOKER PRIZE- and WOMEN'S PRIZE-SHORTLISTED author of Swing Time, White Teeth and On Beauty - a masterful and intimate novel of modern London life

'A triumph. Every sentence sings' Guardian

'Smith's most satisfying novel. Funny, sexy, weird, full of acute social comedy. She's up there with the best around' Evening Standard

Zadie Smith's brilliant tragicomic NW follows four Londoners - Leah, Natalie, Felix and Nathan - after they've left their childhood council estate, grown up and moved on to different lives. From private houses to public parks, at work and at play, their city is brutal, beautiful and complicated. Yet after a chance encounter they each find that the choices they've made, the people they once were and are now, can suddenly, rapidly unravel. Funny, poignant and vividly contemporary, NW is as brimming with vitality as the city itself.

GOR004674469
NW by Zadie Smith
Zadie Smith
Used - Very Good
Paperback
Penguin Books Ltd
2013-06-06
352
0141036591
9780141036595
Short-listed for Women's Prize for Fiction 2013 Short-listed for Ondaatje Prize 2013
Book picture is for illustrative purposes only, actual binding, cover or edition may vary.
This is a used book - there is no escaping the fact it has been read by someone else and it will show signs of wear and previous use. Overall we expect it to be in very good condition, but if you are not entirely satisfied please get in touch with us.