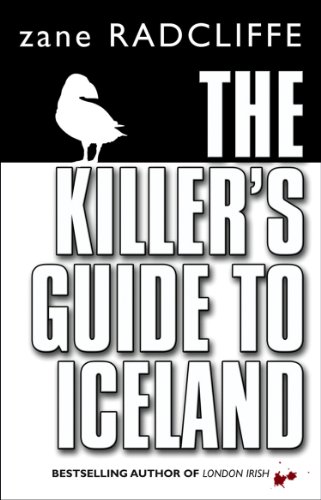 The Killer's Guide To Iceland
by Zane Radcliffe

Out of Stock
'Callum looked out over Reykjavik, its colourful dolls' houses snuggled together, their rooftops so sharp and precise against a blue-screen sky.
Very Good Well Read
Only 0 left

The Killer's Guide To Iceland Summary

The Killer's Guide To Iceland by Zane Radcliffe

'Callum looked out over Reykjavik, its colourful dolls' houses snuggled together, their rooftops so sharp and precise against a blue-screen sky. He loved this daft capital, this gale blown toy town with whalebones under its flagstones...' But Callum Pope cannot escape the horrors of his past. He has fled his native Glasgow to make a fresh start in Iceland with Birna Sveinsdottir, the pretty glaciologist who is slowly thawing his heart. He has moved in with Birna, her indomitable mother (who happens to believe in fairies) and her eleven-year-old daughter - who refuses to believe in Callum. He tries hard to adjust to this new life among three generations of singular females, however, the dark secret Callum is hiding is about to raise its malign head, threatening not only to destroy his relationship but also the life of a young girl... Perceptive, expansive and chilling, The Killer's Guide to Iceland is a novel about love, loss and persistent light, from the award-winning author of London Irish.

The Killer's Guide To Iceland Reviews

Zane Radcliffe was born in Bangor, Northern Ireland in 1969. After graduating from Queen's University Belfast he moved to London in 1994 to become an advertising copywriter. He is now a Creative Director at Newhaven, a really good advertising agency in Edinburgh. His first novel, LONDON IRISH (2002), earned him the WHSmith 'People's Choice' New Talent Award. This follows the success of his first short story, My Dog (1974), which was awarded a B+ and a Big Red Tick by Miss Hasard at Ballyholme Primary School. His second novel, BIG JESSIE, is also available in Black Swan.

GOR001217650
The Killer's Guide To Iceland by Zane Radcliffe
Zane Radcliffe
Used - Very Good
Paperback
Transworld Publishers Ltd
2005-04-01
448
0552772178
9780552772174
N/A
Book picture is for illustrative purposes only, actual binding, cover or edition may vary.
This is a used book - there is no escaping the fact it has been read by someone else and it will show signs of wear and previous use. Overall we expect it to be in very good condition, but if you are not entirely satisfied please get in touch with us.