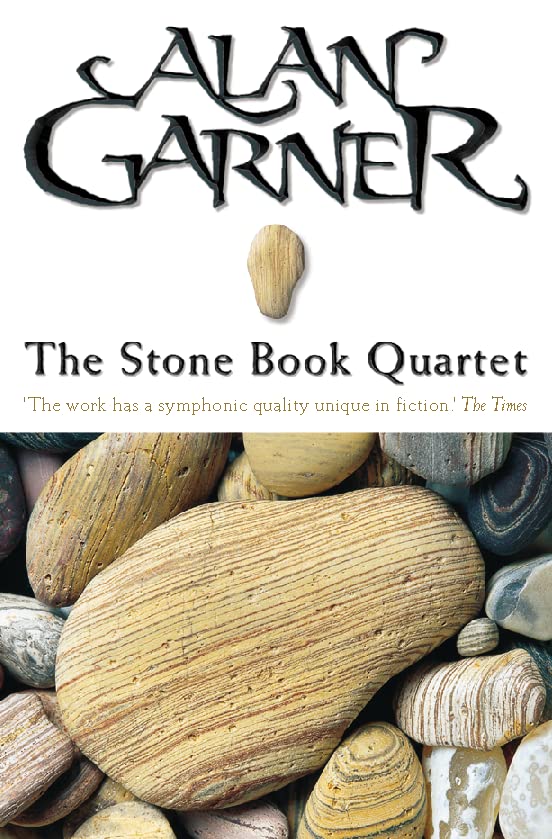 Four interconnected fables of a way of living in rural England that is now disappeared.

Craftsmen pass on, or withhold, secrets of their relationship with the natural world, which gives them the material from which they create useful and beautiful things. Smiths and chandlers, steeplejacks and quarrymen, all live and work hand in hand with the seasons, the elements and the land. There is a mutual respect and a knowledge of the magical here that somehow, somewhere was lost to us. These fables beautifully recapture and restore it to us.

And a very particular landscape, on the outskirts of industrial Manchester, is brought vividly to life.

Alan Garner is one of Britain's greatest living writers for children, the author of such classics as Elidor and The Owl Service. He has done much to explore the disappearing beliefs & traditions of agricultural England. In 1996 he published an acclaimed and unsettling novel for adults, Strandloper (Harvill).

GOR001224758
The Stone Book Quartet by Alan Garner
Alan Garner
Used - Very Good
Paperback
HarperCollins Publishers
1999-08-02
192
0006551513
9780006551515
N/A
Book picture is for illustrative purposes only, actual binding, cover or edition may vary.
This is a used book - there is no escaping the fact it has been read by someone else and it will show signs of wear and previous use. Overall we expect it to be in very good condition, but if you are not entirely satisfied please get in touch with us.