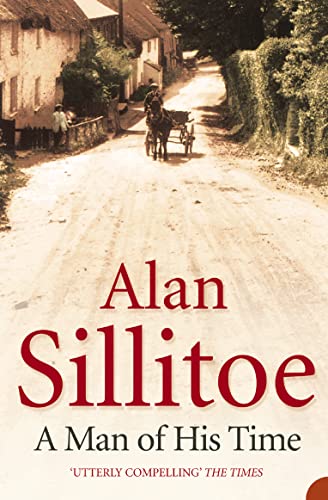 A Man of his Time
by Alan Sillitoe

A Man of his Time Summary

A Man of his Time by Alan Sillitoe

As a young man Ernest Burton was a bold and reckless journeyman blacksmith, seducing all young girls he comes across. We watch him grow to become a master Blacksmith, and a tyrannical father of eight who refuses even to try to remain faithful to the woman he married and who reigns over his young family with an iron fist, instilling in his sons and daughters a mixture of fear and hatred of him. Burton is an extraordinary fictional creation - a bully who shows no mercy in his relentless terrorism of his sons, he can also be effortlessly charming, with a magnetic attraction that effects all he meets.

Written in the sparse, plain language that Sillitoe has made his own, A Man of His Time is a mesmerising portrait of an extraordinary individual, aware that he is, in many ways, the last of a dying breed. It's a rich, absorbing, wonderfully readable novel that covers decades and crosses generations, depicting with singular brilliance an England poised on the brink of change.

A Man of his Time Reviews

`Sillitoe keeps on going... never flagging, never looking back and writing with a vigour, clarity and humanity that should be the envy of all those novelists who were not even born when he started.' Daily Mail

`What impresses one, as ever, about Sillitoe, is the ease of a style which yet allows him to expose the most complex emotions, and his ability to bring to light what people hide from themselves, or choose not to admit.' Scotsman

`One of Britain's most powerful and sophisticated fiction writers.' TLS

Alan Sillitoe left school at 14 to work in various factories until becoming an air traffic control assistant with the Ministry Aircraft Production in 1945. He began writing after four years in the RAF, and lived for six years in France and Spain. In 1958, Saturday Night and Sunday Morning was published, and The Loneliness of the Long Distance Runner, which won the Hawthornden Prize for literature, came out the following year. Both these books were made into films.

GOR001229079
A Man of his Time by Alan Sillitoe
Alan Sillitoe
Used - Very Good
Paperback
HarperCollins Publishers
2005-01-17
400
0007173288
9780007173280
N/A
Book picture is for illustrative purposes only, actual binding, cover or edition may vary.
This is a used book - there is no escaping the fact it has been read by someone else and it will show signs of wear and previous use. Overall we expect it to be in very good condition, but if you are not entirely satisfied please get in touch with us.