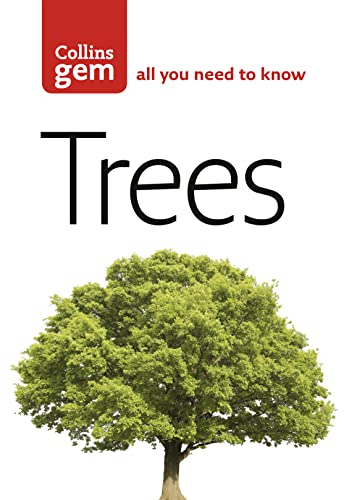 This is the perfect pocket guide for nature enthusiasts keen to identify the most commonly seen trees, whether they are out on the town or strolling through the countryside.

Authoritative text, beautiful photographs and detailed illustrations show not only the overall shape of the tree but also details of leaf shape, flowers, fruits and bark.

Features both deciduous and evergreen species, with information on the origin of each species, its height, preferred habitat and growing conditions. Illustrations of cones, catkins, nuts and fruits allow you to distinguish between similar species at a glance.

This new edition builds on the strengths of the unrivalled original, now expanded to include over 220 trees and shrubs that are native to or flourish in Britain and northern Europe.

Alistair Fitter is Pro-Vice-Chancellor for Research and Professor of Ecology at the University of York. Among his publications are the Collins Pocket Guide to Wild Flowers and an Atlas of the Wild Flowers of Britain and Europe. He is a Fellow of the Royal Society, a Past President of the British Ecological Society, a member of NERC Council and an editor of the journal New Phytologist.

David More has been a botanical illustrator for many years. His other books include Collins Tree Guide (2004), Trees of North America (1988) with the late Alan Mitchell, and the Illustrated Encyclopaedia of Trees (2003) by John White. He has also contributed artwork for many other books, magazines and posters, including a design for the Natural History Museum in London.

GOR001237267
Trees (Collins Gem) by Alastair H. Fitter
Alastair H. Fitter
Collins Gem
Used - Very Good
Paperback
HarperCollins Publishers
2004-08-02
240
0007183062
9780007183067
N/A
Book picture is for illustrative purposes only, actual binding, cover or edition may vary.
This is a used book - there is no escaping the fact it has been read by someone else and it will show signs of wear and previous use. Overall we expect it to be in very good condition, but if you are not entirely satisfied please get in touch with us.