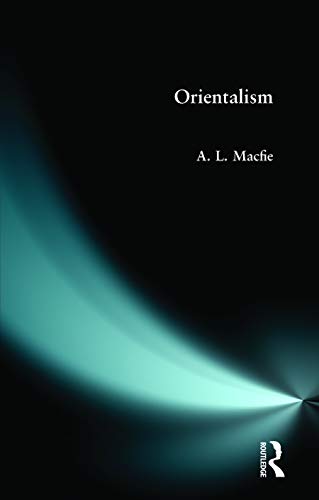 Used Price
$19.99
Free Shipping in the US
Offering a brief history of the debate regarding orientalism, as defined by Edward Said and others, this text reprises the critical debate about western images and stereotypes of the Arab world and Islam.
Reviews:
Trustpilot
Very Good

At a crucial moment in the history of relations of East and West, Orient and Occident, Christianity and Islam, Orientalism provides a timely account of the subject and the debate.

In the 1960s and 1970s a powerful assault was launched on 'orientalism', led by Edward Said. The debate ranged far beyond the traditional limits of 'dry-as-dust' orientalism, involving questions concerning the nature of identity, the nature of imperialism, Islamophobia, myth, Arabism, racialism, intercultural relations and feminism.

Charting the history of the vigorous debate about the nature of orientalism, this timely account revisits the arguments and surveys the case studies inspired by that debate.

Alexander Lyon Macfie has written widely on the modern history of the Near and Middle East. His books include The Eastern Question (1996), The End of the Ottoman Empire (1998) and Orientalism: A Reader (2000).

GOR005197610
Orientalism by Alexander Lyon Macfie
Alexander Lyon Macfie
Used - Very Good
Paperback
Taylor & Francis Ltd
2002-03-22
252
0582423864
9780582423862
N/A
Book picture is for illustrative purposes only, actual binding, cover or edition may vary.
This is a used book - there is no escaping the fact it has been read by someone else and it will show signs of wear and previous use. Overall we expect it to be in very good condition, but if you are not entirely satisfied please get in touch with us.