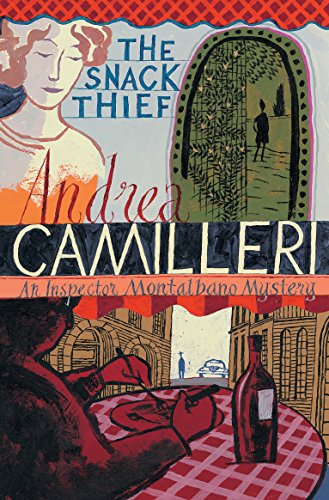 The Snack Thief
by Andrea Camilleri

The Snack Thief by Andrea Camilleri

When an elderly man is stabbed to death in an elevator and a crewman on an Italian fishing trawler is machine-gunned by a Tunisian patrol boat off Sicily's coast, only Inspector Montalbano suspects a link between the two incidents. His investigation leads to the beautiful Karima, an impoverished house cleaner and sometime prostitute, whose young son steals other school children's mid-morning snacks. But Karima disappears, and the young snack thief's life - as well as Montalbano's - is endangered when the inspector exposes a viper's nest of government corruption and international intrigue.

The Snack Thief is followed by the fourth Inspector Montalbano novel, The Voice of the Violin.

Andrea Camilleri is one of Italy's most famous contemporary writers. The Inspector Montalbano series has been translated into thirty-two languages and was adapted for Italian television, screened on BBC4. The Potter's Field, the thirteenth book in the series, was awarded the Crime Writers' Association's International Dagger for the best crime novel translated into English. He lives in Rome.

GOR001240011
The Snack Thief by Andrea Camilleri
Andrea Camilleri
Inspector Montalbano mysteries
Used - Very Good
Paperback
Pan Macmillan
2005-08-05
304
0330492977
9780330492973
N/A
Book picture is for illustrative purposes only, actual binding, cover or edition may vary.
This is a used book - there is no escaping the fact it has been read by someone else and it will show signs of wear and previous use. Overall we expect it to be in very good condition, but if you are not entirely satisfied please get in touch with us.