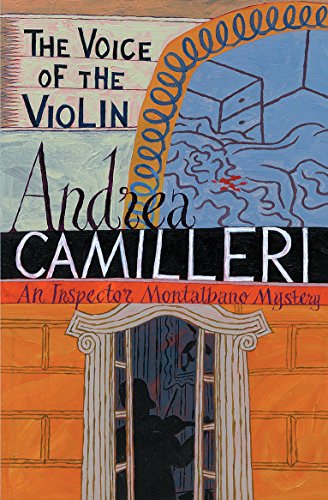 The Voice of the Violin
by Andrea Camilleri

The Voice of the Violin Summary

The Voice of the Violin by Andrea Camilleri

The Voice of the Violin by Andrea Camilleri is fourth in the bestselling Inspector Montalbano series.

The commissioner kept looking at him with an expression that combined contempt and commiseration, apparently discerning unmistakable signs of senile dementia in the inspector.

"I'm going to speak very frankly, Montalbano. I don't have a very high opinion of you."

"Nor I of you," the inspector replied bluntly.

Montalbano's gruesome discovery of a naked young woman suffocated in her bed immediately sets him on a search for her killer. Among the suspects are her aging husband, a famous doctor; a shy admirer, now disappeared; an antiques-dealing lover from Bologna; and the victim's friend Anna, whose charms Montalbano cannot help but appreciate. But it is a mysterious, reclusive violinist who holds the key to this murder . . .

The Voice of the Violin is followed by the fifth novel in this compelling mystery series, Excursion to Tindari.

The Voice of the Violin Reviews

Both farcical and endearing, Montalbano is a cross between Columbo and Chandler's Philip Marlowe, with the added culinary idiosyncrasies of an Italian Maigret. * Guardian *

GOR010475226
The Voice of the Violin by Andrea Camilleri
Andrea Camilleri
Inspector Montalbano mysteries
Used - Like New
Paperback
Pan Macmillan
2006-01-06
272
0330492993
9780330492997
N/A
Book picture is for illustrative purposes only, actual binding, cover or edition may vary.
This is a used book - there is no escaping the fact it has been read by someone else and it will show signs of wear and previous use. Overall we expect it to be in very good condition, but if you are not entirely satisfied please get in touch with us.