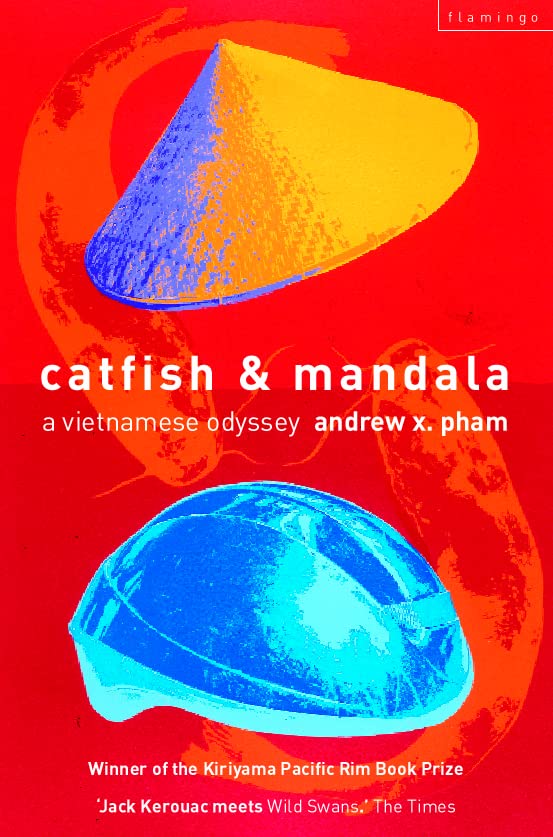 Catfish and Mandala
by Andrew Pham

`Jack Kerouac meets "Wild Swans".' The Times. A voyage through Vietnam's ghost-ridden landscape, at once a moving memoir, travelogue and compelling search for identity.

Catfish and Mandala by Andrew Pham

`Jack Kerouac meets "Wild Swans".' The Times. A voyage through Vietnam's ghost-ridden landscape, at once a moving memoir, travelogue and compelling search for identity.

Vietnamese-born Andrew Pham finally returns to Saigon, not as a success showering money and gifts onto his family, but as an emotional shipwreck, desperate to find out who he really is. When his sister, a post-operative transsexual, committed suicide, Pham sold all his possessions and embarked on a year-long bicycle journey that took him through the Mexican desert; around a thousand-mile loop from Narita to Kyoto in Japan; and, after five months and 2,357 miles, to Saigon, where he finds `nothing familiar in the bombed-out darkness'. At first meant to facilitate forgetfulness, Pham's travels turn into an unforgettable, eye-opening search for cultural identity which flashes back to his parent's courtship in Vietnam, his father's imprisonment by the Vietcong, and his family's nail-bitingly narrow escape as `boat people'.

Lucid, witty and beautifully written, `Catfish and Mandala' evokes a Vietnam you can almost smell and taste, laying bare the psyche of a troubled hero whose search for home and identity becomes our own.

`Thoreau, Theroux, Kerouac, Steinbeck and Mark Twain - the roster of those who have turned to their travels for inspiration includes some of America's most noted scribes. Now add Andrew X. Pham to the list..."Catfish and Mandala" records a remarkable odyssey across landscape and into memory.' Barbara Lloyd McMichael, Seattle Times

'An acute and evocative writer; the result is a rough guide to make the "Rough Guide to Vietnam" sound like the obscene lap of luxury. His tale is interwoven with a finely calibrated network of flashbacks in which war, imprisonment, escape and exile are shown to leave their indelible mark on everyone...Terrible and graphic, the book is as much about the future as the past: every event is scrutinised for what it may portend. The real power of "Catfish and Mandala" is visceral. Pham records his encounters with beggars, sadists, prostitutes and simple country folk with a bursting heart and a Dickensian eye for detail.' Independent

`The people, the landscapes, the poverty and grime of Vietnam live for us through this powerful memoir of grief, full of both comic and painful adventures.' Elle

Andrew X Pham was born in Vietnam in 1967 and moved to California with his family after the war. He lives in San Jose, California.

GOR001239029
Catfish and Mandala by Andrew Pham
Andrew Pham
Used - Very Good
Paperback
HarperCollins Publishers
2001-02-19
352
0006552234
9780006552239
Winner of Kiriyama Pacific Rim Book Prize - Fiction 1999
Book picture is for illustrative purposes only, actual binding, cover or edition may vary.
This is a used book - there is no escaping the fact it has been read by someone else and it will show signs of wear and previous use. Overall we expect it to be in very good condition, but if you are not entirely satisfied please get in touch with us.