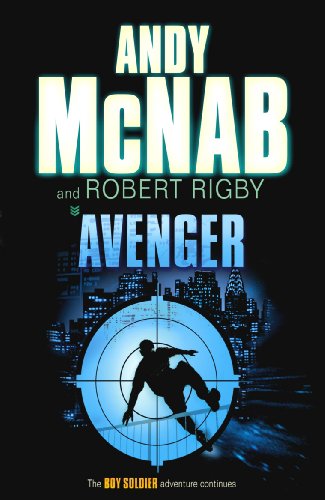 Used Price
$11.99
Free Shipping in the US
Danny and Elena are now working for the Firm, desperately attempting to track down the vengeance-seeking Black Star before more 'Angels of Death' suicide bombers are despatched. The plan is simple - locate Black Star and kill him - at whatever cost.
Reviews:
Trustpilot
Very Good Good

Danny and Elena are now working for the Firm, desperately attempting to track down the vengeance-seeking Black Star before more 'Angels of Death' suicide bombers are despatched. Elena is the key to discovering the bomb-master's whereabouts as she has already made Deep Web contact. The plan is simple - locate Black Star and kill him - at whatever cost. While Fergus is forced to remain in England, confined to a wheelchair as he recovers from his injuries, the hunt takes Danny and Elena to New York on a covert mission led by Marcie Deveraux. Despite Black Star's trickery and deception, the net gradually closes. Fergus travels to the US to help, but Elena is drawn into terrible danger, and only Danny can save her. Using the skills his grandfather has taught him and his own initiative, he must stop the avenging bomb-master from wreaking further destruction . . .

Andy McNab joined the infantry as a boy soldier. In 1984 he was 'badged' as a member of 22 SAS Regiment and was involved in both covert and overt special operations worldwide. During the Gulf War he commanded Bravo Two Zero, a patrol that, in the words of his commanding officer, 'will remain in regimental history for ever'. Awarded both the Distinguished Conduct Medal (DCM) and Military Medal (MM) during his military career, McNab was the British Army's most highly decorated serving soldier when he finally left the SAS in February 1993. He wrote about his experiences in two phenomenal bestsellers, Bravo Two Zero, which was filmed in 1998 starring Sean Bean, and Immediate Action. He is the author of the bestselling novels, Remote Control, Crisis Four, Firewall, Last Light, Liberation Day, Dark Winter, Deep Black and Aggressor. Besides his writing work, he lectures to security and intelligence agencies in both the USA and UK. Robert Rigby began his career as a journalist, then spent several years in the music business as a songwriter and session musician. He turned to writing for radio, television and the theatre and has also directed and performed in children's theatre throughout the country. He has become an established young people's playwright and his award-winning work with youth theatre companies has been seen in Britain, Europe, the USA and Africa. He wrote the novelizations of the movies, Goal! and Goal II, and his scripts include the long-running BBC children's drama series Byker Grove.

GOR000969290
Avenger by Andy McNab
Andy McNab
Boy Soldier
Used - Very Good
Paperback
Random House Children's Publishers UK
2007-05-03
320
0552552232
9780552552233
N/A
Book picture is for illustrative purposes only, actual binding, cover or edition may vary.
This is a used book - there is no escaping the fact it has been read by someone else and it will show signs of wear and previous use. Overall we expect it to be in very good condition, but if you are not entirely satisfied please get in touch with us.