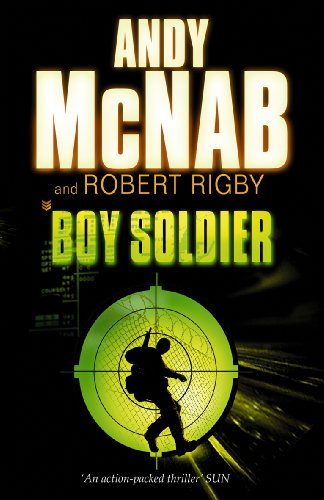 Used Price
$10.69
Free Shipping in the US
Fergus is Danny's only living relative. Burning with fury and desire for revenge, Danny sets out to track down his grandfather and expose him. In doing so he sets in train an explosive sequence of events which throw Danny and Fergus together on the run from the people who want Fergus, and now Danny, dead.
Reviews:
Trustpilot
Very Good Good

Gripping, action-packed thriller from the best-selling author of BRAVO TWO ZERO. Ideal for adventure-seeking readers. Danny Watts's grandfather, Fergus, was a traitor. One of the worst sort. An SAS explosives expert who betrayed his country and his Regiment for money. Drug money. He was arrested and left to rot and die in a Columbian jail. At least, that's what seventeen-year-old Danny is told when his hopes of becoming a soldier are destroyed for ever. But he knows something the army doesn't seem to know. Fergus Watts is alive and in the UK, living in secret under an assumed name - but where? Fergus is Danny's only living relative. Burning with fury and desire for revenge, Danny sets out to track down his grandfather and expose him. In doing so he sets in train an explosive sequence of events which throw Danny and Fergus together on the run from the people who want Fergus, and now Danny, dead. Packed with breathtaking action, SAS procedures and surveillance and survival techniques, this is a fast-moving, action-packed thriller for teenagers.

"An action-packed thriller that's a great read for teenagers" * The Sun *
"Highly explosive, perfect for teenagers" -- Sarah Harbon * The Bookseller *
"Exciting insights into SAS secrets and a fast moving plot make this an adrenaline-filled and highly addictive read" * Publishing News *
"An all action 21st century Boys' Own yarn" * The School Librarian *
"A very pacey, action-packed thriller which will keep even the most reluctant reader gripped until the end" * Liverpool Echo *

GOR000469475
Boy Soldier by Andy McNab
Andy McNab
Boy Soldier
Used - Very Good
Paperback
Random House Children's Publishers UK
2006-05-01
320
0552552216
9780552552219
N/A
Book picture is for illustrative purposes only, actual binding, cover or edition may vary.
This is a used book - there is no escaping the fact it has been read by someone else and it will show signs of wear and previous use. Overall we expect it to be in very good condition, but if you are not entirely satisfied please get in touch with us.