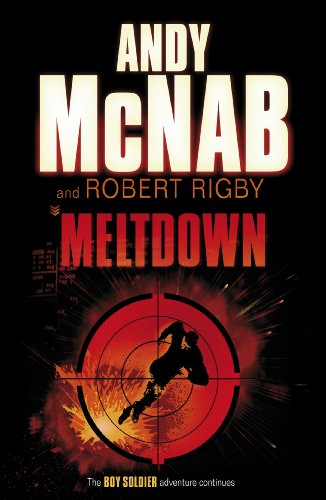 Used Price
$10,69
Free Shipping in the US
Dudley knows that the security services have to act fast, and when his 4 x 4 arrives at their remote hideout in the Canadian lakes, eighteen-year-old Danny and his grandfather, ex-SAS hero Fergus Watts, are once again sucked into a deadly undercover operation and a race against time.
Reviews:
Trustpilot
Very Good

A lethal new drug with devastating side effects, known as Meltdown, is threatening to destabilize society. Dudley knows that the security services have to act fast, and when his 4 x 4 arrives at their remote hideout in the Canadian lakes, eighteen-year-old Danny and his grandfather, ex-SAS hero Fergus Watts, are once again sucked into a deadly undercover operation and a race against time. Their search for the mastermind behind a pair of murderous gangland twins takes them from the clubs of Manchester to Spain and Germany, and Danny needs all his newly learned expertise when he comes up against an old adversary - someone he hoped never to encounter again. And this time, when the battle is joined, it is a battle to the end.

GOR001254875
Meltdown by Andy McNab
Andy McNab
Boy Soldier
Used - Very Good
Paperback
Random House Children's Publishers UK
2008-01-05
304
0552552240
9780552552240
N/A
Book picture is for illustrative purposes only, actual binding, cover or edition may vary.
This is a used book - there is no escaping the fact it has been read by someone else and it will show signs of wear and previous use. Overall we expect it to be in very good condition, but if you are not entirely satisfied please get in touch with us.