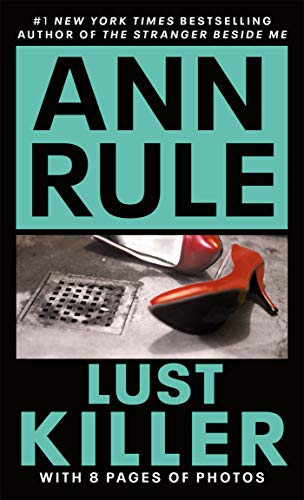 Used Price
$134.99
Free Shipping in the US
Linda Slawson disappeared while making a living selling encyclopaedias. Jan Whitney never completed her drive home on the freeway. Karen Sprinkler failed to turn up for lunch with her mother. As a pattern of disappearances emerges, Oregon State Police launch a search for the sadistic monster.
Reviews:
Trustpilot
Very Good

Linda Slawson disappeared while trying to make a living selling encyclopaedias door-to-door. Jan Whitney never completed her two-hour drive home on the freeway. Karen Sprinkler failed to turn up for lunch with her mother. As a pattern of disappearances emerges, Oregon State Police launch a search for the sadistic monster capable of the most grisly murders.

"Rule has an instinct for suspense, knowing just what information to leak to the reader and when."--The Washington Post Book World

"A harrowing pathological portrait, a nearly unthinkable triple-murder plot, a hold-your-breath police procedural and a tale of dedication and compassion all superbly combined to produce the most riveting true-crime account since In Cold Blood."--Kirkus Reviews

"Excellent....One of the most detailed studies of a sociopath to dignify the true-crime circuit."--The San Francisco Chronicle

"A good read....Rule springs surprises and revelations with a novelist's skill."--Seattle Times

Ann Rule wrote thirty-five New York Times bestsellers. Her first bestseller was The Stranger Beside Me, about her personal relationship with infamous serial killer Ted Bundy. A former Seattle police officer, she used her firsthand expertise in all her books. For more than three decades, she was a powerful advocate for victims of violent crime. She lived near Seattle and passed away in 2015.

GOR001600510
Lust Killer (Revised Edn) by Ann Rule
Ann Rule
Used - Very Good
Paperback
Penguin Books Ltd
1990-03-15
240
0451166876
9780451166876
N/A
Book picture is for illustrative purposes only, actual binding, cover or edition may vary.
This is a used book - there is no escaping the fact it has been read by someone else and it will show signs of wear and previous use. Overall we expect it to be in very good condition, but if you are not entirely satisfied please get in touch with us.