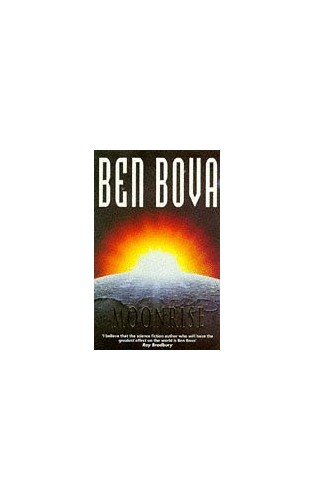 Brilliant, driven, visionary, former astronaut Paul Stavanger seizes his chance to colonize the last frontier, creating a viable, flourishing, nearly self-sufficient community at Moonbase. And when his son Douglas comes of age, his determination to carry on where his father left off brings him to Moonbase, and a crisis that can only be resolved by his triumph - or its destruction.

Harsh, dangerous, strangely beautiful, the Moon becomes a living presence, leading the Stavangers and their enemies onwardds to glory, to disaster and ultimately, to a new future for mankind.

Heady oxygen is breathed into old bones as Bova colonises the Moon. * Scotland on Sunday, 15.12.96 *

GOR001361804
Moonrise by Ben Bova
Ben Bova
Used - Very Good
Paperback
Hodder & Stoughton General Division
1997-03-10
613
0340682493
9780340682494
N/A
Book picture is for illustrative purposes only, actual binding, cover or edition may vary.
This is a used book - there is no escaping the fact it has been read by someone else and it will show signs of wear and previous use. Overall we expect it to be in very good condition, but if you are not entirely satisfied please get in touch with us.