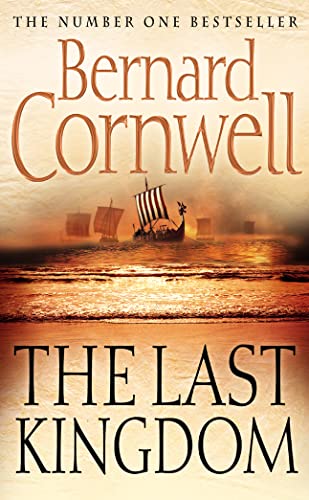 The Last Kingdom by Bernard Cornwell

'This has all the bloodiness, betrayal, bravery and honour that we've come to expect from Cornwell.' Sunday Express

'It is stirring stuff, and few writers are better qualified than Cornwell to do justice to the excitement of the times...Ninth-century Britain and a master of straightforward storytelling - it is a marriage made in heaven.' Sunday Telegraph

GOR000374712
The Last Kingdom (The Last Kingdom Series, Book 1) by Bernard Cornwell
Bernard Cornwell
The Last Kingdom Series
Used - Very Good
Paperback
HarperCollins Publishers
2005-06-06
496
0007149913
9780007149919
N/A
Book picture is for illustrative purposes only, actual binding, cover or edition may vary.
This is a used book - there is no escaping the fact it has been read by someone else and it will show signs of wear and previous use. Overall we expect it to be in very good condition, but if you are not entirely satisfied please get in touch with us
Trustpilot