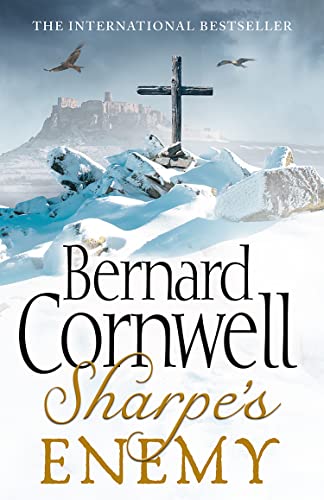 Major Sharpe, in the bitter winter, must attempt a desperate rescue and face his most implacable enemy.

Major Sharpe, in the bitter winter, must attempt a desperate rescue and face his most implacable enemy.

Newly promoted, he is given the task of rescuing a group of well-born women, held hostage high in the mountains by a rabble of deserters. And one of the renegades is Sergeant Hakeswill, Sharpe's bitter enemy.

Sharpe has only the support of his own company and the new Rocket Troop - the last word in military incompetence - but he cannot afford to contemplate defeat. For to surrender or to fail would mean the end of the war for the Allied armies...

GOR003860559
Sharpe's Enemy: The Defence of Portugal, Christmas 1812 (The Sharpe Series, Book 15) by Bernard Cornwell
Bernard Cornwell
The Sharpe Series
Used - Very Good
Paperback
HarperCollins Publishers
2012-03-01
400
0007452977
9780007452972
N/A
Book picture is for illustrative purposes only, actual binding, cover or edition may vary.
This is a used book - there is no escaping the fact it has been read by someone else and it will show signs of wear and previous use. Overall we expect it to be in very good condition, but if you are not entirely satisfied please get in touch with us
Trustpilot