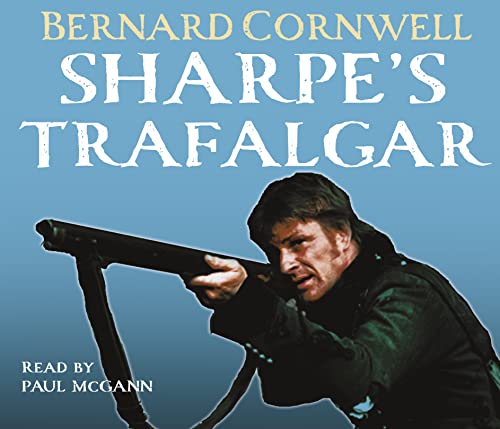 The seventeenth Sharpe novel sees Sharpe returning from India to London to join the newly formed Green Jackets in Britain.

The seventeenth Sharpe novel sees Sharpe returning from India to London to join the newly formed Green Jackets in Britain.

GOR005898239
Sharpe's Trafalgar: The Battle of Trafalgar, 21 October 1805 (The Sharpe Series, Book 4) by Bernard Cornwell
Bernard Cornwell
The Sharpe Series
Used - Very Good
Hardback
HarperCollins Publishers
2009-05-28
0007261918
9780007261918
N/A
Book picture is for illustrative purposes only, actual binding, cover or edition may vary.
This is a used book - there is no escaping the fact it has been read by someone else and it will show signs of wear and previous use. Overall we expect it to be in very good condition, but if you are not entirely satisfied please get in touch with us
Trustpilot