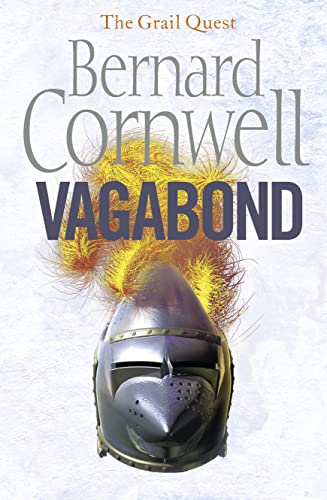 The eagerly anticipated follow-up to the bestselling Harlequin, this is the second instalment in Bernard Cornwell's GRAIL QUEST series, in a bright and bold repackage.

The eagerly anticipated follow-up to the bestselling Harlequin, this is the second instalment in Bernard Cornwell's GRAIL QUEST series, in a bright and bold repackage.

It is 1346. While King Edward III fights in France, England lies exposed to the threat of invasion. Thomas of Hookton, archer and hero of Crecy, finds himself back in the north just as the Scots invade on behalf of their French allies.

Thomas is determined to pursue his personal quest: to discover whether a relic he is searching for is the Holy Grail. But once again it is the archers whose skills will be called upon, and who will become the true heroes of the battle.

`It is all spectacular, rattling good stuff: war and torture; love, lust and loss' THE TIMES

`The battle scenes, as always, are masterful; and the vignettes of everyday living, in times of extreme hardship, have the ring of simple truth' SUNDAY TELEGRAPH

GOR001287659
Vagabond (The Grail Quest, Book 2) by Bernard Cornwell
Bernard Cornwell
The Grail Quest
Used - Very Good
Paperback
HarperCollins Publishers
2009-05-28
512
0007310315
9780007310319
N/A
Book picture is for illustrative purposes only, actual binding, cover or edition may vary.
This is a used book - there is no escaping the fact it has been read by someone else and it will show signs of wear and previous use. Overall we expect it to be in very good condition, but if you are not entirely satisfied please get in touch with us.