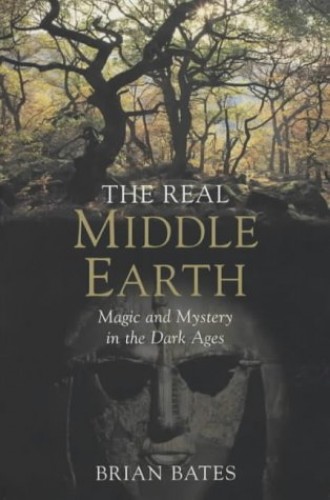 The Real Middle-Earth
by Brian Bates

In Stock
$12,39
An intelligent popular history of the magically enchanting early English civilisation on which Tolkien based his world of Lord of the Rings.
Very Good Good
12 in stock

The Real Middle-Earth: Magic and Mystery in the Dark Ages by Brian Bates

Tolkien readily admitted that the concept of Middle-earth was not his own invention. An Old English term for the Dark Age world, it was always assumed that the importance of magic in this world existed only in Tolkien's works; now Professor Brian Bates reveals the vivid truth about this historical culture. Behind the stories we know of Dark Age king and queens, warriors and battles, lies the hidden history of Middle-earth, a world of magic, mystery and destiny. Fiery dragons were seen to fly across the sky, monsters haunted the marshes, and elves fired poisoned arrows. Wizards cast healing spells, wise trees gave blessings, and omens foretold the deaths of kings. The very landscape itself was enchanted and the world imbued with a life force.

Repressed by a millennium of Christianity, this belief system all but disappeared, leaving only faint traces in folk memory and fairy tales. In this remarkable book Professor Brian Bates has drawn on the latest archaeological findings to reconstruct the imaginative world of our past, revealing a culture with insights that may yet help us understand our own place in the world.

Brian Bates is professor of Psychology and Consciousness at the University of Sussex. He is a leading writer on the spiritual world of the Anglo-Saxon and Norse cultures. His previous book, co-authored with John Cleese, was The Human Face. He has also contributed to the Sunday Times, Observer and Express.

GOR001249364
The Real Middle-Earth: Magic and Mystery in the Dark Ages by Brian Bates
Brian Bates
Used - Very Good
Paperback
Pan Macmillan
2003-11-07
320
0330491709
9780330491709
N/A
Book picture is for illustrative purposes only, actual binding, cover or edition may vary.
This is a used book - there is no escaping the fact it has been read by someone else and it will show signs of wear and previous use. Overall we expect it to be in very good condition, but if you are not entirely satisfied please get in touch with us.