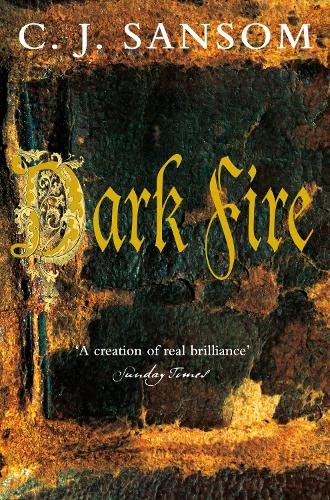 It is 1540 and the hottest summer of the sixteenth century. Matthew Shardlake, believing himself out of favour with Thomas Cromwell, is busy trying to maintain his legal practice and keep a low profile. But his involvement with a murder case, defending a girl accused of brutally murdering her young cousin, brings him once again into contact with the king's chief minister - and a new assignment . . .

The secret of Greek Fire, the legendary substance with which the Byzantines destroyed the Arab navies, has been lost for centuries. Now an official of the Court of Augmentations has discovered the formula in the library of a dissolved London monastery. When Shardlake is sent to recover it, he finds the official and his alchemist brother horribly murdered - the formula has disappeared.

Now Shardlake must follow the trail of Greek Fire across Tudor London, while trying at the same time to prove his young client's innocence. But very soon he discovers nothing is as it seems . . .

GOR008595545
Dark Fire by C. J. Sansom
C. J. Sansom
The Shardlake series
Used - Like New
Paperback
Pan Macmillan
2007-05-18
608
0330450786
9780330450782
Winner of CWA Historical Dagger 2005 (UK)
Book picture is for illustrative purposes only, actual binding, cover or edition may vary.
This is a used book - there is no escaping the fact it has been read by someone else and it will show signs of wear and previous use. Overall we expect it to be in very good condition, but if you are not entirely satisfied please get in touch with us.