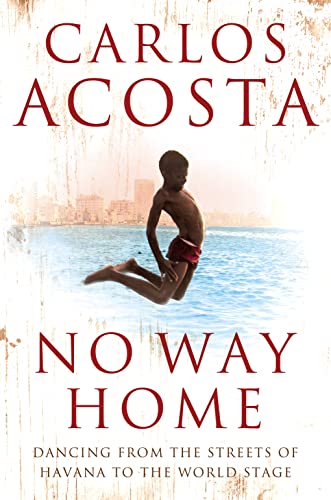 The rags-to-riches story of one of the world's greatest dancers, from his difficult beginnings living in poverty in the backstreets of Cuba to his astronomical rise to international stardom.

The rags-to-riches story of one of the world's greatest dancers, from his difficult beginnings living in poverty in the backstreets of Cuba to his astronomical rise to international stardom.

In 1980, Carlos Acosta was just another Cuban kid of humble origins, the youngest son in a poor family named after the planter who had owned his great-great-grandfather. With few options and an independent spirit, Carlos spent his days on the streets, dreaming of a career in football.

But even at a young age, Carlos had extraordinary talent. At nine, he was skipping school to win break-dancing competitions as the youngest member of a street-gang for whom dance contests were only a step away from violence. When Carlos's father enrolled him in ballet school, he hoped not only to nuture his son's talent, but also to curb his wildness. Years of loneliness, conflict and crippling physical effort followed, but today the Havana street-kid is an international star.

This magical memoir is about more than Carlos's rise to stardom, however. It is the story of a childhood where food is scarce but love is abundant, where the soul of Cuba comes alive to influence a dancer's art. It is also about a man forced to leave behind his homeland and loved ones for a life of self-discipline, displacement and brutal physical hardship. Carlos Acosta makes dance look effortless, but the grace, strength and charm have come a cost - here, in his own words, is the story of the price he paid.

`Carlos Acosta's trajectory from street urchin to superstar is another astonishing example of the transcendent power of dance. In this brutally honest account of his struggle to reconcile two conflicting worlds, we discover the source of inner conflict that has alchemized into passionate intensity on stage and made him one of ballet's most thrillingly charismatic performers.' Julie Kavanagh

`Warm and funny.' The Economist

`The dazzling Carlos Acosta is the Cuban Billy Elliot, a poor kid who triumphed over prejudice and humble origins ... Frankly, you couldn't make it up ... The crippling physical effort of becoming a ballet dancer, the slog, the agony of injuries, the rivalries and bitchiness are vividly evoked in Acosta's fascinating story.' Daily Mail

'The life of the ballet dancer Carlos Acosta has all the hallmarks of a bestseller...in "No Way Home" Acosta's voice is instantly likeable, and you follow his discovery of the trappings of the west and his quest to make his name at the Royal Ballet with a mixture of wonder, respect and, crucially, affection.' Financial Times

Carlos Acosta was born in Cuba in 1973. He started dancing when he was nine. From 1989 to 1991 he performed throughout the world, guesting with companies including the Compagnia Teatro Nuovo di Torino in Italy. Soon afterwards, he was made a member of the National Ballet of Cuba, becoming Principal Dancer in 1994. In 1993, he made his American stage debut as the Prince in `The Nutcracker' and in 1998 became the first black principal dancer at The Royal Ballet, Covent Garden. Over the years, Carlos has appeared as an international guest artist in the USA, Russia, Holland, Chile, Argentina, Greece, Japan, Italy, Germany and France.

In 2003, Carlos was featured in `The Reluctant Ballet Dancer', a programme in the Imagine series shown on BBC1.

GOR001953358
Yuli: The Carlos Acosta Story by Carlos Acosta
Carlos Acosta
Used - Very Good
Paperback
HarperCollins Publishers
2008-07-01
336
0007250789
9780007250783
N/A
Book picture is for illustrative purposes only, actual binding, cover or edition may vary.
This is a used book - there is no escaping the fact it has been read by someone else and it will show signs of wear and previous use. Overall we expect it to be in very good condition, but if you are not entirely satisfied please get in touch with us.