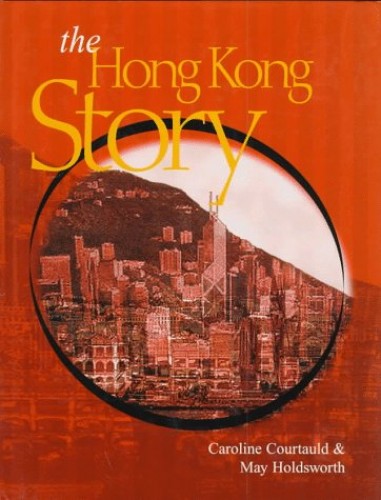 In Stock
$13.99
This title chronicles the history of Hong Kong. The story is told through the interwoven sagas of the family dynasties and business houses, and follows the events of the Opium Wars, the collapse of imperial China, Japanese occupation, mass immigration, the Cultural Revolution, and the eventual transition to Chinese rule.
Very Good
Only 1 left

This timely book chronicles the history of Hong Kong from its misty beginnings to the present day. The territory's unique and turbulent political and economic development form the backdrop to a still more compelling and human story. The essence of The Hong Kong Story is the interwoven sagas of the family dynasties and business houses - vital ingredients in transforming the 'barren rock' into a miracle city state. These families were by no means all British and Chinese: by the mid-nineteeth century Hong Kong was already a cosmopolitan city with a prominent American contingent. It is the collective spirit of these nationalities - grit, optimism, practicality, ruthlessness, generosity, resilience - that lies at the heart of modern Hong Kong's unique East-West chemistry. The book follows the waxing and waning fortunes of these dynasties and entrepreneurs through the convulsions of the Opium Wars, the collapse of imperial China, Japanese occupation, mass immigration, communist takeover in China, the Cultural Revolution, frequent booms and busts, and the approach of 'one country, two systems'. It a fascinating story of how human enterprise, rising above ethnic divides, has endowed a coastal enclave in Asia with not only unimaginable riches but a unique identity.

Caroline Courtauld is Chairman of the Keswick Foundation and a documentary film producer. May Holdsworth is a writer.

GOR001221577
The Hong Kong Story by Caroline Courtauld
Caroline Courtauld
Used - Very Good
Hardback
Oxford University Press (China) Ltd
1997-06-26
147
0195903536
9780195903539
N/A
Book picture is for illustrative purposes only, actual binding, cover or edition may vary.
This is a used book - there is no escaping the fact it has been read by someone else and it will show signs of wear and previous use. Overall we expect it to be in very good condition, but if you are not entirely satisfied please get in touch with us.