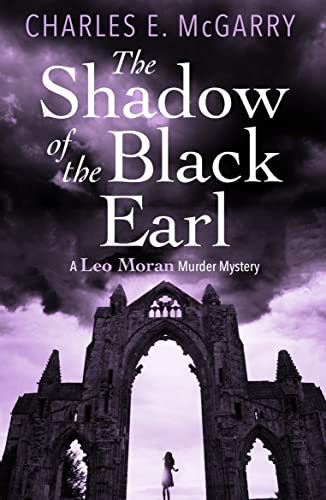 The Shadow of the Black Earl
by Charles E. McGarry

The second in Charles E. McGarry's series of murder mysteries, combining touches of the supernatural with contemporary procedural.

The Shadow of the Black Earl Summary

The Shadow of the Black Earl: A Leo Moran Murder Mystery by Charles E. McGarry

Haunted by his last case and bereaved by a sudden loss, Leo Moran is invited to spend the summer at Biggnarbriggs Hall, the stately residence of his friend Fordyce Greatorix. He is overjoyed when romance blossoms unexpectedly, but he finds himself plagued by visions after a local girl goes missing, an incident which has chilling echoes of a similar disappearance thirty years previously. As he investigates a host of curious and dubious characters, Leo finds that the very bedrock which surrounds Biggnarbriggs Hall is poisoned by an ancient malevolence that will have its terrible reckoning.

Customer Reviews - The Shadow of the Black Earl

The Shadow of the Black Earl Reviews

'Charles E McGarry has sent Leo Moran, private detective and seer of visions, deep into the glorious Galloway countryside in his brilliantly quirky new novel. Both Galloway and the book deserve a wider audience'

'This new murder mystery willkeep you guessing. The author creates characters that are refreshingly different while effortlessly weaving Scottish history into this book, making for an intriguing narrative. Delightfully vivid'

'A captivating murder mystery novel that keeps you guessing and racing through to get to the end faster than a game of Cluedo. A riveting, gothic-esque novel that delights in grabbing you by the hand and pulling you along. Thrillers tend to follow-the same formula and it's enjoyable to read one that strays off the well-trodden path'

Charles E. McGarry lives in Glasgow where he was born and bred, although he spent several years living in London and Edinburgh. He has played in bands, is widely travelled and graduated from Glasgow University in 1994 with an honours degree in History and Politics. He currently works as a newspaper page designer and sub-editor, having formerly been a business analyst for British Telecom. He is the author of The Ghost of Helen Addison (Polygon, 2017).

GOR009527590
The Shadow of the Black Earl: A Leo Moran Murder Mystery by Charles E. McGarry
Charles E. McGarry
The Leo Moran Murder Mysteries
Used - Very Good
Hardback
Birlinn General
2018-09-06
308
1846974232
9781846974236
N/A
Book picture is for illustrative purposes only, actual binding, cover or edition may vary.
This is a used book - there is no escaping the fact it has been read by someone else and it will show signs of wear and previous use. Overall we expect it to be in very good condition, but if you are not entirely satisfied please get in touch with us.