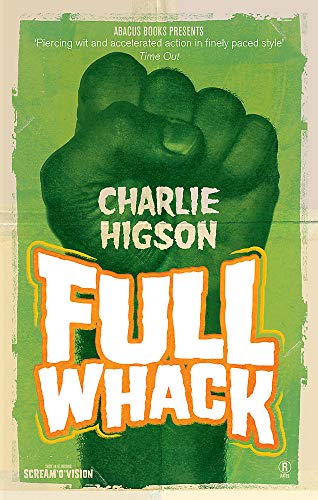 Dennis 'The Menace' Pike, former wild man of Tottenham, is going grey and going straight. Anyway, it was hard work being a yob- the birds, the brawls, the endless beers- and he hasn't really got the energy any more for life on the edge. Then two old faces turn up from the past- the Bishop brothers, Chas and Noel. Famously inept, they were bad news then, and they haven't aged well. What's worse, they need Pike's expertise on a scheme wealth distribution really- offloading one of the old gang's ill-gotten millions. Robbing the robbers- now what's criminal about that?
Pike, still haunted by what happened one wreckless night all those years ago, refuses to get involved. But old habits die hard, and when he suddenly finds his bank account tampered with, Pike is drawn back into a world he spent ten years escaping. Thug or mug, he is nevertheless forced to confront a man so psychotically unhinged that his own youth seems like mere kids' stuff...
A slick, razor-sharp novel, FULL WHACK is packed full of searing wit, scurrilous characters and nefarious knock-about.

Piercing wit and accelerated action in finely paced style. * TIME OUT *
The missing link between Dick Emery and Bret Easton Ellis. * VOX *
Lively narration, a superabundance of action...gruesome and hilarious. * EVENING STANDARD *
Higson has the kind of ear for middle-England angst that more established writers should be jealous of. * GQ *

Charlie Higson is a writer, performer and prodcuer on the BBC hit comedy The Fast Show. He has also worked as a writer for Harry Enfield and producer for Reeves and Mortimer and sang in a band, The Higsons, in the early 80s. This is his fourth novel.

GOR001242255
Full Whack by Charlie Higson
Charlie Higson
Used - Very Good
Paperback
Little, Brown Book Group
2009-08-06
272
034912177X
9780349121772
N/A
Book picture is for illustrative purposes only, actual binding, cover or edition may vary.
This is a used book - there is no escaping the fact it has been read by someone else and it will show signs of wear and previous use. Overall we expect it to be in very good condition, but if you are not entirely satisfied please get in touch with us.