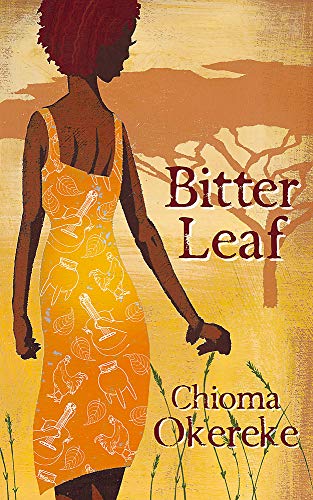 Used Price
$10.69
Free Shipping in the US
An impressive debut love story set against an imagined African village by a Nigerian writer living in Britain.
Reviews:
Trustpilot
Very Good

Bitter Leaf is a richly textured and intricate novel set in Mannobe, a world that is African in nature but never geographically placed. At the heart of the novel is the village itself and its colourful cast of inhabitants: Babylon, a gifted musician who falls under the spell of the beautiful Jericho who has recently returned from the city; Mabel and M'elle Codon, twin sisters whose lives have taken very different paths, Magdalena, daughter of Mabel, who nurses an unrequited love for Babylon and Allegory, the wise old man who adheres to tradition.

As lives and relationships change and Mannobe is challenged by encroaching development, the fragile web of dependency holding village life together is gradually revealed.

An evocatively imagined debut novel from a promising new writer about love and loss, parental and filial bonds, and everything in between that makes life bittersweet.

Chioma Okereke was born in Benin City, Nigeria. She started her writing career as a poet and performed throughout Europe and the United States before turning her hand to fiction. Her work has been shortlisted in the Undiscovered Authors Competition 2006,run by Bookforce UK, and in the Daily Telegraph's 'Write a Novel in a Year' Competition in 2007.

GOR002503729
Bitter Leaf by Chioma Okereke
Chioma Okereke
Used - Very Good
Paperback
Little, Brown Book Group
2010-06-24
416
1844086275
9781844086276
Short-listed for Commonwealth Writers' Prize Best First Book (Africa Region) 2011 (UK)
Book picture is for illustrative purposes only, actual binding, cover or edition may vary.
This is a used book - there is no escaping the fact it has been read by someone else and it will show signs of wear and previous use. Overall we expect it to be in very good condition, but if you are not entirely satisfied please get in touch with us.