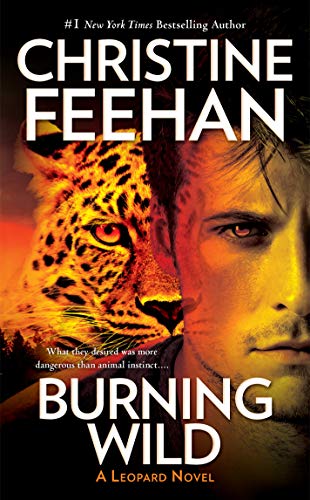 In Stock
$31.99
The leopard people from the exotic, sensual, and dangerous world of "Wild Rain" return for more feral passion, in the thrilling new novel by the #1 "New York Times"-bestselling author of the Dark Carpathian novels. This time, what goes on between male and female is wilder than animal instinct--and twice as hot. Original.
Good
Only 2 left

Experience the feral passion of the Leopard people in this thrilling novel from #1 New York Times bestselling author Christine Feehan.

Bred by capricious parents for his innate leopard-shifting abilities, billionaire Jake Bannacotti has spent his life in an emotional vacuum--especially after a tragic twist of fate left him to raise his infant son alone. But when his path crosses that of an enigmatic young woman, Jake's life takes a detour he never fathomed.

There is something irresistible about Emma Reynolds--something Jake can't live without. Hiring her as his son's nanny will keep her close. And warm. And under watch. She's the first human to stir something in Jake he's never felt before. But she may not be at all what she seems. And what's raging between them is pure animal instinct--out of control, burning wild, and as hot as the lick of a flame.

Praise for Christine Feehan and her Leopard novels

"The queen of paranormal romance...I love everything she does."--J. R. Ward

"With a Feehan novel you know you will get well-developed characters and...a dose of sizzling sexuality...an unbeatable mix."--RT Book Reviews

Christine Feehan is the #1 New York Times bestselling author of the Carpathian series, the GhostWalker series, the Leopard series, the Shadow Riders series, and the Sea Haven novels, including the Drake Sisters series and the Sisters of the Heart series.

GOR005844523
Burning Wild by Christine Feehan
Christine Feehan
Leopard Novel
Used - Good
Paperback
Penguin Putnam Inc
2009-05-01
465
0515146234
9780515146233
N/A
Book picture is for illustrative purposes only, actual binding, cover or edition may vary.
The book has been read but remains in clean condition. All pages are intact and the cover is intact. Some minor wear to the spine.