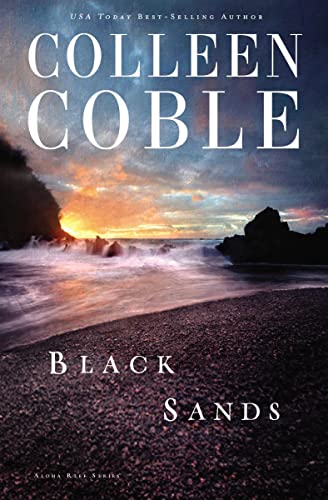 In Stock
$10.69
As a volcano on Hawaii begins to rumble, family crisis brings an unlikely couple together.
Very Good
Only 3 left

As a long-dormant volcano rumbles in the distance, a family crisis brings an unlikely couple into an unexpected partnership.

A brainy-and perpetually single-volcanologist, Annie Tagama works alongside her father at Hawaii Volcanoes National Park. But despite her pedigree, Annie has lost her passion for volcanology. She's quietly grieving the mysterious loss of her brother in the Middle East.

When Annie discovers that her brother might still be alive-and in trouble-she shakes off her malaise and joins forces with Mano Oana, the unnervingly handsome family friend she had always blamed for her brother's death.

As Annie and Mano investigate-and find that they have a lot more in common than tragedy-an evil force gathers strength on the main island. An ancient cult has reemerged-and Annie's little sister is somehow involved. As the old religion bubbles to the surface like lava, the old practices are not far behind . . . including human sacrifice.

Can Annie and Mano find her brother and save her family from destruction? Or will the ancient evil smother them all in an earth-shattering eruption?

GOR009513813
Black Sands by Colleen Coble
Colleen Coble
Aloha Reef Series
Used - Very Good
Paperback
Thomas Nelson Publishers
2014-08-12
304
1401690041
9781401690045
N/A
Book picture is for illustrative purposes only, actual binding, cover or edition may vary.
This is a used book - there is no escaping the fact it has been read by someone else and it will show signs of wear and previous use. Overall we expect it to be in very good condition, but if you are not entirely satisfied please get in touch with us.