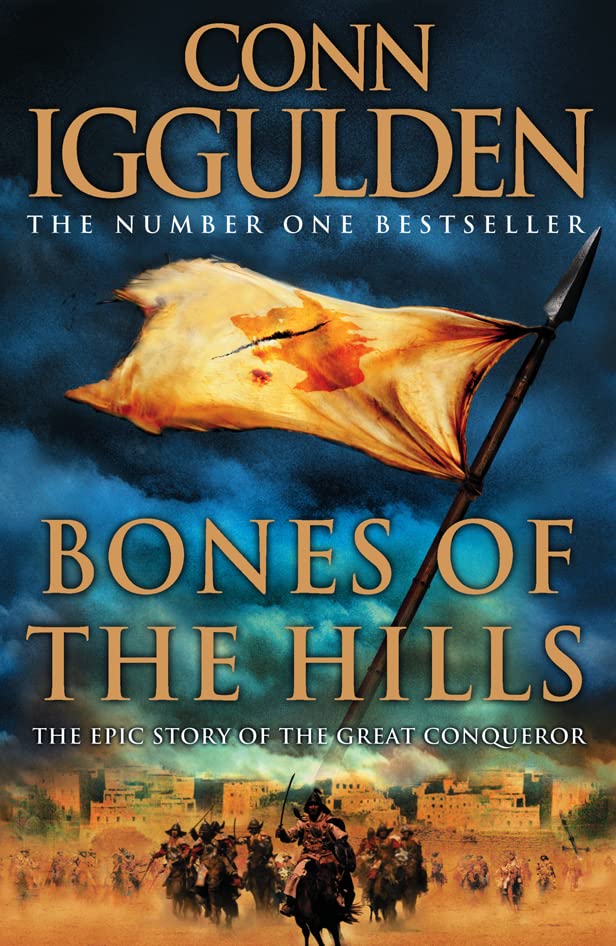 Bones of the Hills
by Conn Iggulden

The powerful and exhilarating third novel in Conn Iggulden's No. 1 bestselling Conqueror series, following the life and adventures of the mighty Genghis Khan

Bones of the Hills Summary

Bones of the Hills (Conqueror, Book 3) by Conn Iggulden

The powerful and exhilarating third novel in Conn Iggulden's No. 1 bestselling Conqueror series, following the life and adventures of the mighty Genghis Khan

The fatherless boy, exiled from his tribe, whom readers have been following in 'Wolf of the Plains' and 'Lords of the Bow', has grown into the great king, Genghis Khan. He has united the warring tribes and even taken his armies against the great cities of their oldest enemies. Now he finds trouble rising west of the Mongolian plains. His emissaries are mutilated or killed; his trading gestures rebuffed. So, dividing his armies, using his sons as generals of the various divisions, he sends them out simultaneously in many directions, ranging as far as modern Iran and Iraq.

As well as discovering new territories, exacting tribute from conquered peoples, laying waste the cities which resist, this policy is also a way of diffusing the rivalries between his sons and heirs and working out who should succeed the khan.

This, the third book in the Conqueror series, is once more an epic story. Genghis Khan is an exhilarating and heroic figure. The sense of his ambition and his power, the relationships with his wives, sons and trusted aides, the sweep of his conquests, is all brought together by a masterful storytelling. It is a compelling read. With each book, you are left, even more, longing for the next.

Bones of the Hills Reviews

`Iggulden is in a class of his own when it comes to epic, historical fiction' Daily Mirror

`Iggulden...tells an absolutely cracking story...the pace is nail-biting and the set dressing magnificent' The Times

`Iggulden weaves an entertaining tale of this world of men, swords, bows and the call of war and the plains' Daily Express

`I felt as if a blockbuster movie was unfolding before me...read the book before Hollywood takes it over' Daily Express

Conn Iggulden is one of the most successful authors of historical fiction writing today. His two number one bestselling series, on Julius Caesar and on the Mongol Khans of Central Asia, describe the founding of the greatest empires of their day. Conn Iggulden lives in Hertfordshire with his wife and their children.

GOR001246020
Bones of the Hills (Conqueror, Book 3) by Conn Iggulden
Conn Iggulden
Conqueror
Used - Very Good
Paperback
Unknown
0
0007282036
9780007282036
N/A
Book picture is for illustrative purposes only, actual binding, cover or edition may vary.
This is a used book - there is no escaping the fact it has been read by someone else and it will show signs of wear and previous use. Overall we expect it to be in very good condition, but if you are not entirely satisfied please get in touch with us.