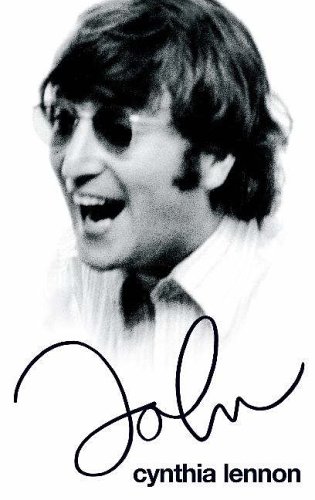 In Stock
$9.99
The international bestselling memoir of the most idolised Beatle, John Lennon - by his first wife Cynthia.
Very Good Good
15 in stock

'Vivid and engaging . . . refreshingly free of bitterness' Mail on Sunday

Cynthia and John Lennon's relationship spanned ten crucial years of the Beatles phenomenon. But as well as new insight into the Beatles years, Cynthia has a compelling personal story of marriage, motherhood and the man who was to become the most idolised and admired of all the Beatles.

Cynthia is candid about the cruel and the loving sides of John. She tells of the end of their marriage and the beginning of his relationship with Yoko Ono in more detail than ever before, and reveals the many difficulties estrangement from John - and then his death - brought for herself and Julian. Cynthia is a remarkable survivor and this is her extraordinary story and unique insight into a man loved and idolised all over the world.

Soon to be the subject of This Girl, a play debuting in Liverpool later this year, this is the original true story of Cynthia Lennon.

'fascinating...all Beatles fans will be interested in the book, the best in recent years'. * The Sunday Times *

'an engaging memoir... along the way, it offers a fascinating glimpse into an altogether
more innocent age, before star-makers and svengalis began colluding with marketing
men and TV execs ...'

* Independent *
'vivid and engaging... refreshingly free of bitterness.' * Mail on Sunday *
'A fascinating first-hand account of one of the most bizarre phenomena of the 20th century.' * Sunday Telegraph *
'Fascinating stuff' * Evening Standard *
'loving but candid... vividly captures the time and place and the characters.' * Washington Post *
'A fascinating read that offers an insight into a brilliant and complex man.' * The Sun *

Cynthia Lennon was born in Blackpool in 1939 and brought up in Liverpool. She went to Liverpool's Junior Art School and graduated to Liverpool College of Art in 1957. There she met John Lennon, whose rebellious style, caustic wit and passion for rock and roll already marked him out. In their second year at college John and Cynthia fell in love. They married in 1962 and in 1963 their son, Julian was born. The Lennons moved to London in 1963 and then to Surrey, where they lived during the years of Beatles fame. In 1968 their marriage broke down and they were divorced in 1969. Julian remained with Cynthia, but saw John in London and later in New York, where he moved with his second wife, Yoko Ono. Cynthia now lives with her husband Noel Charles.

GOR001232172
John by Cynthia Lennon
Cynthia Lennon
Used - Very Good
Paperback
Hodder & Stoughton General Division
2006-04-10
432
0340895128
9780340895122
N/A
Book picture is for illustrative purposes only, actual binding, cover or edition may vary.
This is a used book - there is no escaping the fact it has been read by someone else and it will show signs of wear and previous use. Overall we expect it to be in very good condition, but if you are not entirely satisfied please get in touch with us.