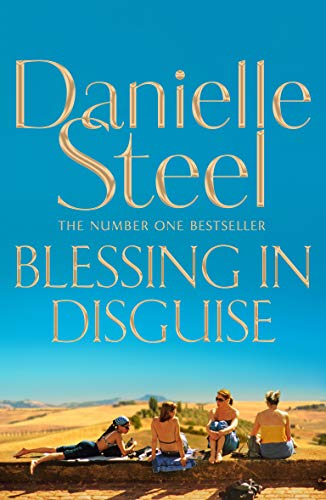 Blessing In Disguise
by Danielle Steel

Used Price
$6.69
Free Shipping in the US
The world's favourite storyteller, Danielle Steel, explores what it means to be a family in Blessing in Disguise.
Very Good

Blessing In Disguise by Danielle Steel

In Blessing in Disguise, Danielle Steel's wise, warm-hearted novel, one of her most unforgettable characters discovers the highs and lows of being a mother to three very different daughters.

As a young intern at an art gallery in Paris, Isabelle McAvoy meets Putnam Armstrong, wealthy, gentle, older and secluded from the world. Her time at his Normandy chateau is the stuff of dreams, for when she learns she is pregnant, she knows that marriage is out of the question.

Returning to New York, Isabelle enters a new relationship that she hopes will be more stable but before long she realizes she has made a terrible mistake and once again finds herself a single mother.

With two young daughters Isabelle unexpectedly finds happiness and a love that gives her a third child, a baby as happy as her beloved father. And yet, life brings more change . . .

Her three girls grow up to be very different women and Isabelle's relationship with each of them is unique. When one final turn of fate brings a past secret to light, it bonds mother and daughters closer, turning a challenge into a blessing.

GOR009831474
Blessing In Disguise by Danielle Steel
Danielle Steel
Used - Very Good
Hardback
Pan Macmillan
2019-05-14
288
1509877770
9781509877775
N/A
Book picture is for illustrative purposes only, actual binding, cover or edition may vary.
This is a used book - there is no escaping the fact it has been read by someone else and it will show signs of wear and previous use. Overall we expect it to be in very good condition, but if you are not entirely satisfied please get in touch with us.