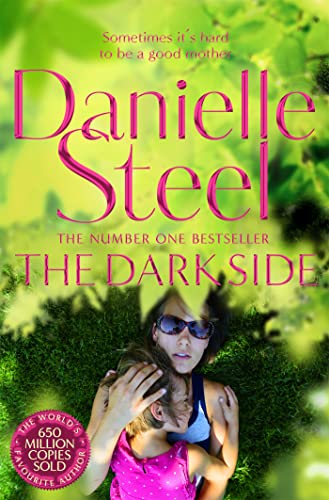 The Dark Side
by Danielle Steel

In Stock
$7.19
The Dark Side is a gripping story about a mother's love and at what point it turns to obsession, by the international number one bestseller.
Very Good Good
23 in stock

The Dark Side Summary

The Dark Side by Danielle Steel

The Dark Side is a powerful and unsettling novel of loss, motherhood and the innocence of childhood from the world's favourite storyteller, Danielle Steel.

Zoe Morgan was just ten years old when her life changed forever. Her sister, Rose, died of a rare illness, her parents turned into people she didn't know, and Zoe's lonely childhood drove her to excel in her studies.

As a graduate of Yale, Zoe takes a leave of absence from medical school to work in a shelter for abused children in New York, where she meets well-known child advocacy attorney, Austin Roberts. Austin is bowled over by her beauty, brains and talent. He is her first love and the man she marries.

Austin and Zoe have a perfect life and, after the birth of their longed-for daughter Jaime, Zoe knows that the aching void she had lived through for twenty-four years is finally complete. But it is only then that the true impact of Rose's death all those years ago affects their lives in a way that nobody could ever have imagined.

GOR010484954
The Dark Side by Danielle Steel
Danielle Steel
Used - Very Good
Paperback
Pan Macmillan
2020-03-31
336
1509877843
9781509877843
N/A
Book picture is for illustrative purposes only, actual binding, cover or edition may vary.
This is a used book - there is no escaping the fact it has been read by someone else and it will show signs of wear and previous use. Overall we expect it to be in very good condition, but if you are not entirely satisfied please get in touch with us.