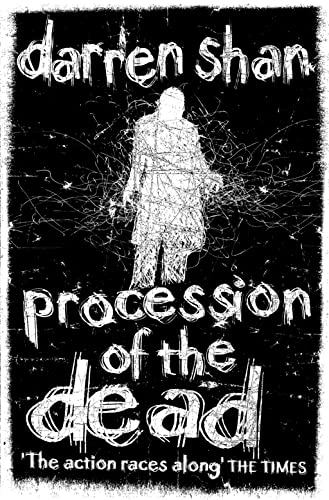 Procession of the Dead
by Darren Shan

The first volume in a noirish, gritty urban fantasy for adults from the bestselling Children's author.

Procession of the Dead Summary

Procession of the Dead (The City Trilogy, Book 1) by Darren Shan

The first volume in a noirish, gritty urban fantasy for adults from the bestselling Children's author.

Quick-witted and cocksure, young upstart Capac Raimi arrives in the City determined to make his mark. As he learns the tricks of his new trade from his Uncle Theo - extortion, racketeering, threatening behaviour - he's soon well on his way to becoming a promising new gangster. Then he crosses paths with The Cardinal, and his life changes forever.

The Cardinal is the City and the City is The Cardinal. They are joined at the soul. Nothing moves on the streets, or below them, without the Cardinal's knowledge. His rule is absolute.

As Capac begins to discover more about the extent of the Cardinal's influence on his own life he is faced with hard choices. And as his ambition soars ever higher he will learn all there is to know about loss, and the true cost of ultimate power...

Procession of the Dead Reviews

`A beguiling read ... a fantastic revelation at the end' SFX

`Explicit, brutal fantasy ... the narrative voice is engagingly cocky and the action races along' The Times

`A crime noir fantasy exploring the darkest corners of power ... a world of secrets and mysteries where nothing and nobody are what they seem' Sun Herald (Australia)

Darren Shan is the author of two hugely popular series for Children: 'The Saga of Darren Shan', and `The Demonata' which have been read by millions of people around the world in over twenty different languages. The City Trilogy is his first work for adults. Darren Shan lives in Ireland.

GOR010479713
Procession of the Dead (The City Trilogy, Book 1) by Darren Shan
Darren Shan
The City Trilogy
Used - Like New
Paperback
HarperCollins Publishers
2008-09-01
320
0007261314
9780007261314
N/A
Book picture is for illustrative purposes only, actual binding, cover or edition may vary.
The book has been read, but looks new. The book cover has no visible wear, and the dust jacket is included if applicable. No missing or damaged pages, no tears, possible very minimal creasing, no underlining or highlighting of text, and no writing in the margins.