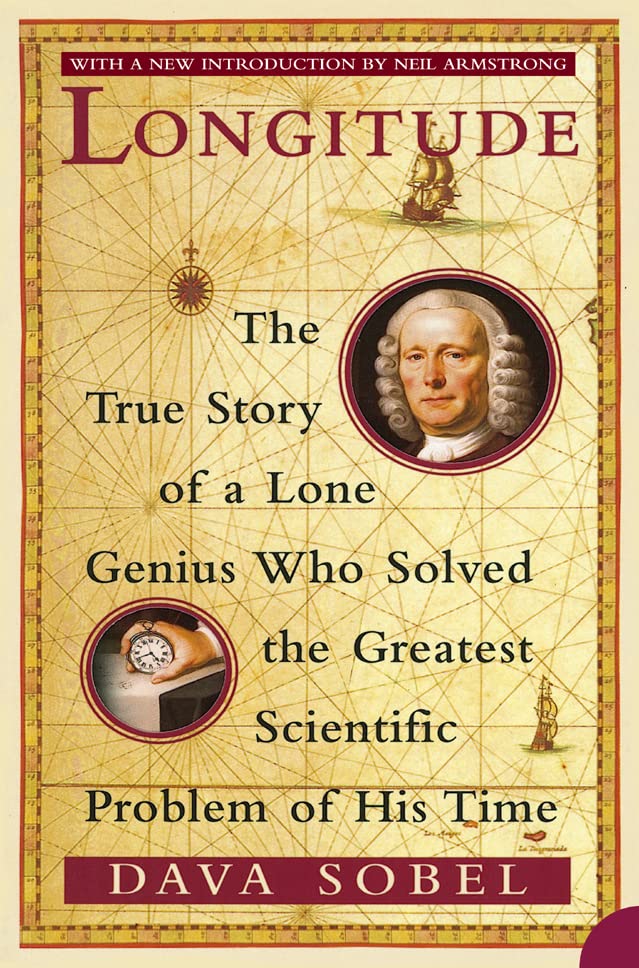 The tenth anniversary edition of the dramatic human story of an epic scientific quest: the search for the solution of how to calculate longitude and the unlikely triumph of an English genius. With a new Foreword by the celebrated astronaut Neil Armstrong.

The tenth anniversary edition of the dramatic human story of an epic scientific quest: the search for the solution of how to calculate longitude and the unlikely triumph of an English genius. With a new Foreword by the celebrated astronaut Neil Armstrong.

Anyone alive in the 18th century would have known that `the longitude problem' was the thorniest scientific dilemma of the day - and had been for centuries. Lacking the ability to measure their longitude, sailors throughout the great ages of exploration had been literally lost at sea as soon as they lost sight of land. Thousands of lives, and the increasing fortunes of nations, hung on a resolution.

The quest for a solution had occupied scientists and their patrons for the better part of two centuries when, in 1714, Parliament upped the ante by offering a king's ransom (GBP20,000) to anyone whose method or device proved successful. Countless quacks weighed in with preposterous suggestions. The scientific establishment throughout Europe - from Galileo to Sir Isaac Newton - had mapped the heavens in both hemispheres in its certain pursuit of a celestial answer. In stark contrast, one man, John Harrison, dared to imagine a mechanical solution.

Full of heroism and chicanery, brilliance and the absurd, LONGITUDE is also a fascinating brief history of astronomy, navigation and clockmaking.

Dava Sobel has written a gem of a book...one of the best reads for the non-scientific writing to come along for many a moon." Financial Times

"Rarely have I enjoyed a book as much as Dava Sobel's Longitude. She has an extraordinary gift of making difficult ideas clear." Daily Telegraph

Dava Sobel is an award-winning former science reporter for the New York Times and writes frequently about science for several magazines, including Audubon, Discover, Life and Omni.

GOR001228414
Longitude by Dava Sobel
Dava Sobel
Used - Very Good
Paperback
HarperCollins Publishers
2005-09-05
208
0007214227
9780007214228
N/A
Book picture is for illustrative purposes only, actual binding, cover or edition may vary.
This is a used book - there is no escaping the fact it has been read by someone else and it will show signs of wear and previous use. Overall we expect it to be in very good condition, but if you are not entirely satisfied please get in touch with us.