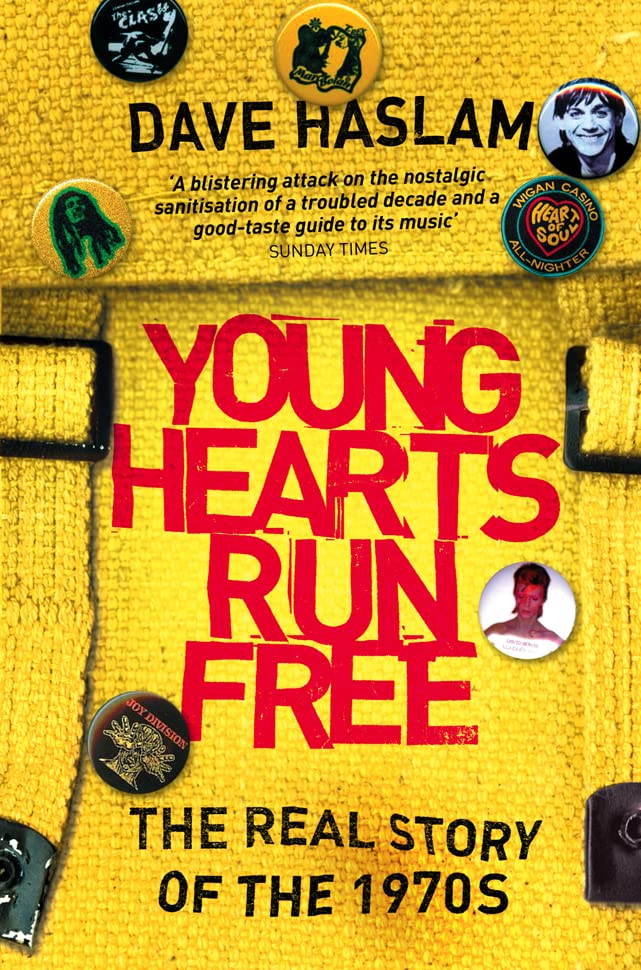 `Young Hearts Run Free' is an antidote to `I Love the 1970s'; it is the real story of the 1970s from the critically acclaimed author of `Manchester, England'.

Young Hearts Run Free: The Real Story of the 1970s by Dave Haslam

`Young Hearts Run Free' is an antidote to `I Love the 1970s'; it is the real story of the 1970s from the critically acclaimed author of `Manchester, England'.

The 1970s is a decade frequently miscast; a parade of fashion disasters backed by a soundtrack of glam rock or frothy, mainstream disco. The generation who grew up in the 1970s remember the decade differently: inflation, strikes, and power cuts; the rise of the National Front; IRA terror campaigns on the British mainland; women's liberation; 'Mean Streets'; 'Taxi Driver' and 'Apocalypse Now'.

`Young Hearts Run Free' tells the story of the 1970s, celebrating the musicians and songs that illuminated the ideas, fashions and sexual revolutions of the decade including: the politicised soul and funk of Curtis Mayfield and Marvin Gaye, the Punk explosion, New Wave, David Bowie and Ziggy Stardust, gay disco, the Stooges, Patti Smith, the Raincoats, Cabaret Voltaire, the Specials, and black British reggae.

`Young Hearts Run Free' uses in-depth research, drawing not only on interviews with musicians, writers, and artists but also a wide range of representatives of the 70s generation. They introduce us to life and music away from the mainstream: nothing bland, nothing obvious, definitely not Abba.

`For Dave Haslam, Candi Stanton's song "Young Hearts Run Free" provides the theme for 1976. Political strife, race riots and the battle for gay liberation provide the gritty background for a grim survey of the decade's popular culture. Haslam has every right to look back in anger.' Mark Sanderson, Sunday Telegraph

`Haslam is determined to set the record straight and offers an exhaustive survey of the 1970's the revival merchants want to avoid.' Gary Lachman (founding member of Blondie), Guardian

`Haslam tells the story with an enthusiastic and discriminating eye.' Sunday Telegraph

`His book mounts a blistering, sometimes blustering attack on the nostalgic sanitisation of a troubled decade and offers a good-taste guide to its music.' Robert Sandall, Sunday Times

Dave Haslam has written for `NME', `Face', `Observer' and `London Review of Books'. He DJ-ed over four hundred times at the Hacienda through the `madchester' years. As well as various successful Manchester residencies, he has since played regularly worldwide; from Cream in Liverpool and Home in London, to Detroit, Paris, Ibiza and Berlin.

He is the author of two previous books: `Manchester, England', which was named The Sunday Times Music Book of the Year in 1999, and `Adventures on the Wheels of Steel.'

GOR001245904
Young Hearts Run Free: The Real Story of the 1970s by Dave Haslam
Dave Haslam
Used - Very Good
Paperback
HarperCollins Publishers
2007-08-01
368
000714640X
9780007146406
N/A
Book picture is for illustrative purposes only, actual binding, cover or edition may vary.
This is a used book - there is no escaping the fact it has been read by someone else and it will show signs of wear and previous use. Overall we expect it to be in very good condition, but if you are not entirely satisfied please get in touch with us.