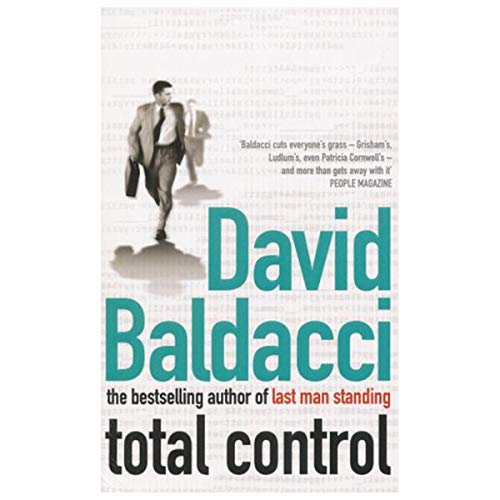 In Stock
$8.99
Baldacci proves again that he is a superstar in the thriller firmament, a total master of plot, pacing and surprise
Like New Very Good
Only 3 left

Jason Archer is a rising young executive at Triton Global, the world's leading technology conglomerate. Determined to give his family the best of everything, he has secretly entered into a deadly game of cat and mouse. He is about to disappear - leaving behind a wife who must sort out his lies from his truths, an air-crash investigation team that wants to know why the plane he was ticketed on suddenly fell from the sky, and a veteran FBI agent who wants to know it all.

Soon the startling truth behind Jason Archer's disappearance explodes into a sinister plot with the murder of the country's single most powerful individual. And Archer's wife, Sidney, is plunged straight into the violence that is leaving behind a trail of dead bodies and shocking, exposed secrets.

'He is able to deliver eloquently what the public wants' (GUARDIAN)

David Baldacci is the seven-time New York Times best-selling author of ABSOLUTE POWER, TOTAL CONTROL, THE WINNER, THE SIMPLE TRUTH, SAVING FAITH, WISH YOU WELL and LAST MAN STANDING. His most recent novel, SPLIT SECOND, will be published by macmillan in December 2003. He lives in Virginia with his wife and two children.

GOR001236041
Total Control by David Baldacci
David Baldacci
Used - Very Good
Paperback
Pan Macmillan
2003-11-21
624
033041965X
9780330419659
N/A
Book picture is for illustrative purposes only, actual binding, cover or edition may vary.
This is a used book - there is no escaping the fact it has been read by someone else and it will show signs of wear and previous use. Overall we expect it to be in very good condition, but if you are not entirely satisfied please get in touch with us.