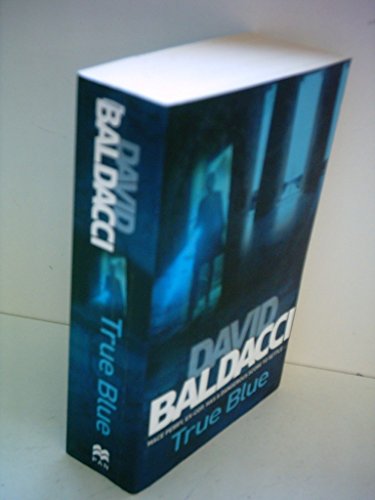 A thrilling blockbuster from the international bestselling author

True Blue, David Baldacci's fast-paced stand-alone thriller, is an action-packed race against time as an ex-cop fights to prove her innocence.

Mason "Mace" Perry was a maverick cop on the D.C. police force until she was kidnapped and framed for a crime. She lost everything-her career, her liberty-and spent two years in prison. Now back on the outside, Mace is trying to rebuild her life and track down the people who set her up. But even with her police chief sister at her side, she has to work in the shadows: there's a vindictive US attorney on her tail and she's just looking for a reason to send her back behind bars . . .

Roy Kingman is a young lawyer, still getting used to his high-paid job at a law firm in Washington. When Roy discovers the dead body of a female partner at the firm, his fate becomes entangled with Mace's, as the two team up to investigate.

But as their enquiries gather pace, Roy and Mace soon find themselves in unexpected territory; drawn into both the private and public world of the nation's capital, as dark secrets begin to emerge. For what began as a fairly routine homicide investigation will quickly turn into something far more complex. And possibly lethal . . .

David Baldacci is the author of fifteen previous consecutive New York Times bestsellers. With his books published in over 40 languages in more than 80 countries, and with nearly 70 million copies in print, he is one of the world's favourite storytellers.
GOR003141903
True Blue by David Baldacci
David Baldacci
Used - Very Good
Paperback
Pan Macmillan
2010-07-01
656
0330518046
9780330518048
N/A
Book picture is for illustrative purposes only, actual binding, cover or edition may vary.
This is a used book - there is no escaping the fact it has been read by someone else and it will show signs of wear and previous use. Overall we expect it to be in very good condition, but if you are not entirely satisfied please get in touch with us
Trustpilot