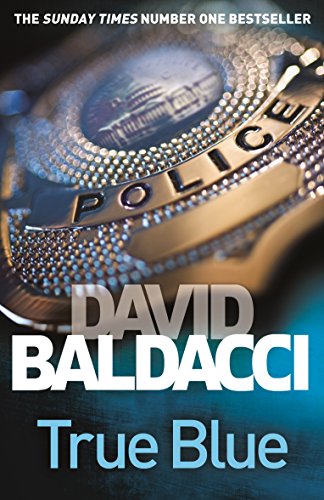 Gripping, fast-paced excitement from one of the world's master storytellers.

True Blue is a gripping novel, full of fast-paced excitement from David Baldacci, one of the world's master storytellers.

Mason 'Mace' Perry was a maverick cop on the D.C. police force until she was kidnapped and framed for a crime. She lost everything - her career, her freedom - and spent two years in prison. Now on her return to society, Mace is trying to rebuild her life and track down the people who set her up. But even with her police-chief sister at her side, she has to work in the shadows: there's a vindictive US attorney on her tail, just looking for a reason to send her back behind bars.

Roy Kingman is a young lawyer, still getting used to his high-paid job at a practice in Washington. When Roy discovers the dead body of a female partner at work his fate becomes entangled with Mace's, as the two team-up to investigate.

But as their enquiries gather pace, Roy and Mace soon find themselves in unexpected territory - drawn into both the private and public world of the nation's capital as dark secrets begin to emerge. What began as a fairly routine homicide investigation quickly turns into something far more complex. And possibly lethal . . .

The page-turner of the season * The Times *
Baldacci is still peerless * Sunday Times *
One of the world's biggest-selling thriller writers, Baldacci needs no introduction . . . Brilliant plotting, heart-grabbing action and characters to die for * Daily Mail *
Baldacci inhabits the skin of his creations - tripping us up with unexpected empathy and subtle identification * Sunday Express *

GOR007865022
True Blue by David Baldacci
David Baldacci
Used - Like New
Paperback
Pan Macmillan
2015-11-05
656
1447287649
9781447287643
N/A
Book picture is for illustrative purposes only, actual binding, cover or edition may vary.
The book has been read, but looks new. The book cover has no visible wear, and the dust jacket is included if applicable. No missing or damaged pages, no tears, possible very minimal creasing, no underlining or highlighting of text, and no writing in the margins
Trustpilot