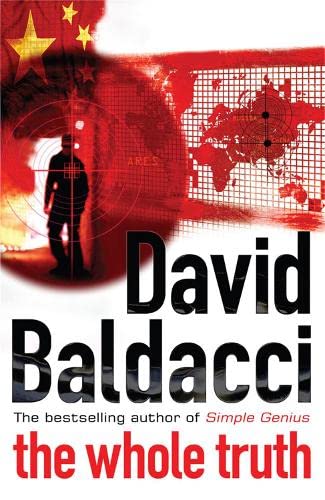 With the world relatively stable, Nicolas Creel, a super-rich and super-powerful arms dealer, is losing money fast. And if a war won't start naturally, he is more than willing to help move things along . . .

Academic Anna Fischer is becoming increasingly curious about the strange twist in world events. When her boyfriend proposes, she couldn't be happier - but can she handle the truth about the man she loves?

Katie James, an award-winning journalist whose career is on the slide, will do anything to get back to the top of her profession. But can she keep her demons at bay long enough to get the story?

Shaw, a man with a mysterious past, reluctantly travels the world for a secret multinational intelligence agency trying to keep the world peaceful - and safe. He dreams of retirement and marriage, but will his employers ever let him go?

This terrifying global thriller delivers all the twists and turns, emotional drama, unforgettable characters, and can't-put-it-down pacing that Baldacci fans expect - and still goes beyond anything he's written before.

David Baldacci is the author of fifteen previous consecutive New York Times bestsellers. With his books published in over 40 languages in more than 80 countries, and with nearly 70 million copies in print, he is one of the world's favourite storytellers.
GOR001077879
The Whole Truth by David Baldacci
David Baldacci
Used - Very Good
Hardback
Pan Macmillan
2008-07-04
416
0230706002
9780230706002
N/A
Book picture is for illustrative purposes only, actual binding, cover or edition may vary.
This is a used book - there is no escaping the fact it has been read by someone else and it will show signs of wear and previous use. Overall we expect it to be in very good condition, but if you are not entirely satisfied please get in touch with us
Trustpilot