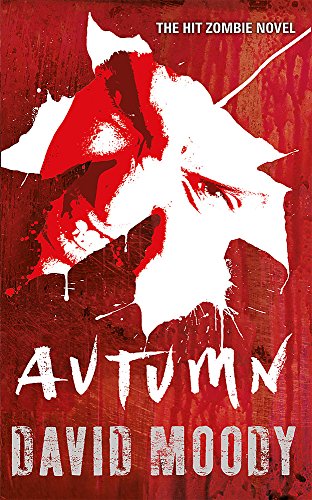 AUTUMN, the classic underground novel finally bursts into the mainstream. It is cold, dark, relentless - and uncomfortably plausible, a NIGHT OF THE LIVING DEAD for the 21st Century.

Amazon said: 'The perfect zombie story, nothing written in the genre has grabbed me in the same way as AUTUMN, an equal to Romero's Night of the Living Dead'.

In the tradition of THE WALKING DEAD, and from an author whose HATER was optioned by Guillermo del Toro, director of PAN'S LABYRINTH, this is a chilling and frightening read.

In less than twenty-four hours a vicious and virulent viral epidemic destroys virtually all of the population. Billions are killed, within minutes. There are no symptoms and no warnings; within moments of infection each victim suffers a violent and agonising death.

By the end of the first week, as the dead get up and walk, they know they are in hell.

David Moody was born near Birmingham, UK in 1970. He is a long-time fan of horror and pulp science fiction. His first novel was published in 1996.

GOR003555397
Autumn by David Moody
David Moody
AUTUMN
Used - Very Good
Paperback
Orion Publishing Co
2011-10-13
288
0575091290
9780575091290
N/A
Book picture is for illustrative purposes only, actual binding, cover or edition may vary.
This is a used book - there is no escaping the fact it has been read by someone else and it will show signs of wear and previous use. Overall we expect it to be in very good condition, but if you are not entirely satisfied please get in touch with us.