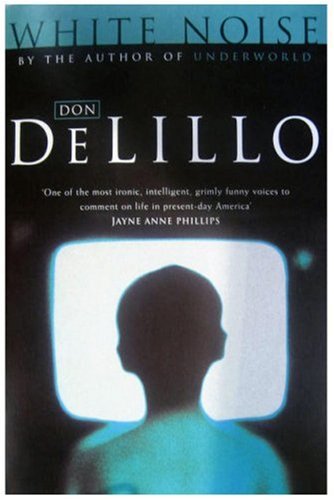 In Stock
$7.69
A brilliantly black and funny novel from the highly acclaimed author of Underworld.
Very Good Good
28 in stock

First published in 1984, White Noise, one of DeLillo's most highly acclaimed novels, tells the story of Jack Gladney and his wife Babette who are both afraid of death. Jack is head of Hitler studies at the College-on-the-Hill. His colleague Murray runs a seminar on car crashes. Together they ponder the instances of celebrity death, from Elvis to Marilyn to Hitler. Through the brilliant and often very funny dialogue between Jack and Murray, Delillo exposes our common obsession with mortality and delineates Jack and Babette's touching relationship and their biggest fear - who will die first?

Don DeLillo is the author of many bestselling novels, including Point Omega, Falling Man, White Noise, Libra and Zero K, and has won many honours in America and abroad, including the National Book Award, the PEN/Faulkner Award for Fiction, the Jerusalem Prize for his complete body of work and the William Dean Howells Medal from the American Academy of Arts and Letters for his novel Underworld. In 2010, he received the PEN/Saul Bellow Award. He has also written several plays.

GOR001221478
White Noise by Don DeLillo
Don DeLillo
Used - Very Good
Paperback
Pan Macmillan
1986-10-10
336
0330291084
9780330291088
N/A
Book picture is for illustrative purposes only, actual binding, cover or edition may vary.
This is a used book - there is no escaping the fact it has been read by someone else and it will show signs of wear and previous use. Overall we expect it to be in very good condition, but if you are not entirely satisfied please get in touch with us.