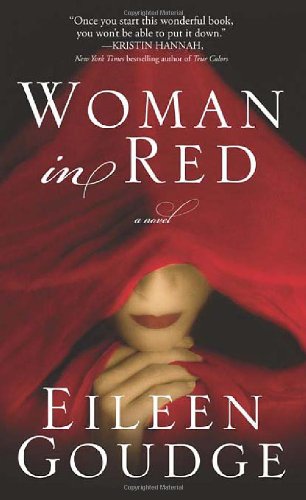 Woman in Red
by Eileen Goudge

Used Price
$25.99
Free Shipping in the US
A powerful story of love and redemption, and what one woman will do to overcome the buried secrets of her past
Very Good

Woman in Red by Eileen Goudge

Alice Kessler spent nine years in prison for the attempted murder of the drunk driver who killed her son. Now shes returned home to Grays Island to reconnect with the son she left behind. Her boy, Jeremy, now a sullen teenager, is wrongly accused of rape, and mother and son are thrown together in a desperate attempt to prove his innocence. Shes aided by Colin McGinty, a recovering alcoholic and 9/11 widower, also recently returned to the island in the aftermath of his grandfathers death. Colins grandfather, a famous artist, is best known for his haunting portrait, Woman in Red, which happens to be of Alices grandmother. In a tale that weaves the past with the present, we come to know the story behind the portrait, of the forbidden wartime romance between William McGinty and Eleanor Styles, and the deadly secret that bound them more tightly than even their love for each other. A secret that, more than half a century later, is about to be unburied, as Alice and Colin are drawn into a fragile romance of their own and the ghost of an enemy from long ago surfaces in the form of his grandson, the very man responsible for sending Alice to prison.

"A gifted writer with an eye for telling detail."
"A writer who knows how to entertain in a lively and credible way."
"Goudge...reminds us of the delights to be had in explorations of the improbable."
"Intelligent...enticingly unpredictable."
"When it comes to pacing, suspense, and control, Eileen Goudge is a pro."
"Eileen Goudge writes like a house on fire, creating characters you come to love and hate to leave." -- Nora Roberts

Eileen Goudge is the "New York Times" bestselling author whose novels include "One Last Dance," "Garden of Lies," and "Thorns of Truth." There are more than three million copies of her books in print worldwide. She lives in New York City with her husband, entertainment reporter Sandy Kenyon.

GOR003585449
Woman in Red by Eileen Goudge
Eileen Goudge
Used - Very Good
Hardback
CDS Books
2007-05-22
368
1593154445
9781593154448
N/A
Book picture is for illustrative purposes only, actual binding, cover or edition may vary.
This is a used book - there is no escaping the fact it has been read by someone else and it will show signs of wear and previous use. Overall we expect it to be in very good condition, but if you are not entirely satisfied please get in touch with us.