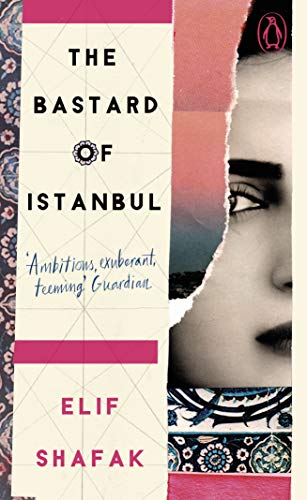 The Bastard of Istanbul
by Elif Shafak

Used Price
$10.99
Free Shipping in the US
Reviews:
Trustpilot
Like New

The Bastard of Istanbul Summary

The Bastard of Istanbul by Elif Shafak

One rainy afternoon in Istanbul, a woman walks into a doctor's surgery. 'I need to have an abortion', she announces. She is nineteen years old and unmarried. What happens that afternoon will change her life.

Twenty years later, Asya Kazanci lives with her extended family in Istanbul. Due to a mysterious family curse, all the Kaznci men die in their early forties, so it is a house of women, among them Asya's beautiful, rebellious mother Zeliha, who runs a tattoo parlour; Banu, who has newly discovered herself as clairvoyant; and Feride, a hypochondriac obsessed with impending disaster. And when Asya's Armenian-American cousin Armanoush comes to stay, long hidden family secrets connected with Turkey's turbulent past begin to emerge.

'Wonderfully magical, incredible, breathtaking...will have you gasping with disbelief in the last few pages' Sunday Express

'A beautiful book, the finest I have read about Turkey' Irish Times

Customer Reviews - The Bastard of Istanbul

The Bastard of Istanbul Reviews

A brave and passionate novel * Paul Theroux *
Tremendous exuberance . . . I do like a writer with a purpose * Margaret Forster *
An astonishingly rich and lively story ... handled with an enchantingly light touch' Kirkus Reviews
Overflows with a kitchen sink's worth of zany characters ... an entertaining and insightful ensemble novel that posits the universality of family, culture and coincidence -- (starred review) * Publishers Weekly *

Elif Shafak is an award-winning British-Turkish novelist and the most widely read female author in Turkey. She writes in both Turkish and English, and has published seventeen books, eleven of which are novels. Her work has been translated into fifty languages. Shafak holds a PhD in political science and she has taught at various universities in Turkey, the US and the UK, including St Anne's College, Oxford University, where she is an honorary fellow. She is a member of World Economic Forum Global Agenda Council on Creative Economy and a founding member of the European Council on Foreign Relations (ECFR). An advocate for women's rights, LGBT rights and freedom of speech, Shafak is an inspiring public speaker and twice a TED global speaker, each time receiving a standing ovation. Shafak contributes to many major publications around the world and she has been awarded the title of Chevalier des Arts et des Lettres. In 2017 she was chosen by Politico as one of the twelve people who would make the world better. She has judged numerous literary prizes and is chairing the Wellcome Prize 2019. Find out more about Elif Shafak on her website: www.elifshafak.com

GOR010338780
The Bastard of Istanbul by Elif Shafak
Elif Shafak
Penguin Essentials
Used - Like New
Paperback
Penguin Books Ltd
2019-06-06
368
0241986443
9780241986448
N/A
Book picture is for illustrative purposes only, actual binding, cover or edition may vary.
The book has been read, but looks new. The book cover has no visible wear, and the dust jacket is included if applicable. No missing or damaged pages, no tears, possible very minimal creasing, no underlining or highlighting of text, and no writing in the margins.